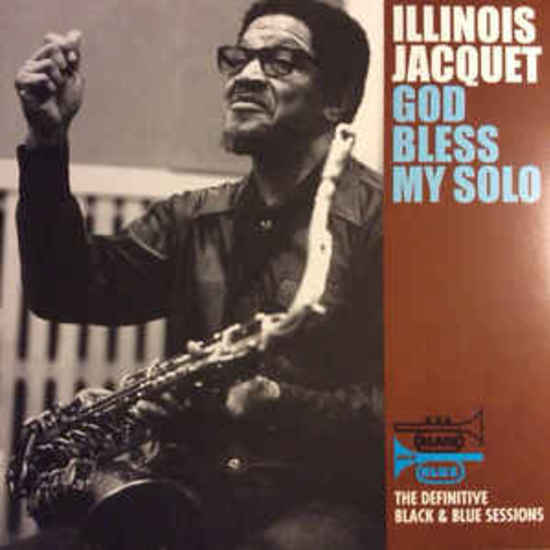 The solo referred to in the title, God Bless My Solo, is that in “Flying Home” made by Illinois Jacquet into a Decca Records microphone in May 1942. This solo became one of the two or three most influential solos in all of jazz history, an 80-second masterpiece.

Nearly every tenor player who followed made it a priority to learn that solo, note for note. But “Flying Home” marked neither the beginning nor the end of Jacquet’s seven-decade career. He was one of jazz’s great survivors, thought of as an outrageous musician when he was young but hailed as a classic figure in old age. He was as effective with romantic jazz ballads as he was with the explosive performances with which he made his reputation.

Tenor saxophonist Illinois Jacquet is heard in top form throughout this quartet set, recorded for the French Black & Blue label, whilst touring throughout Europe in the 1970’s.