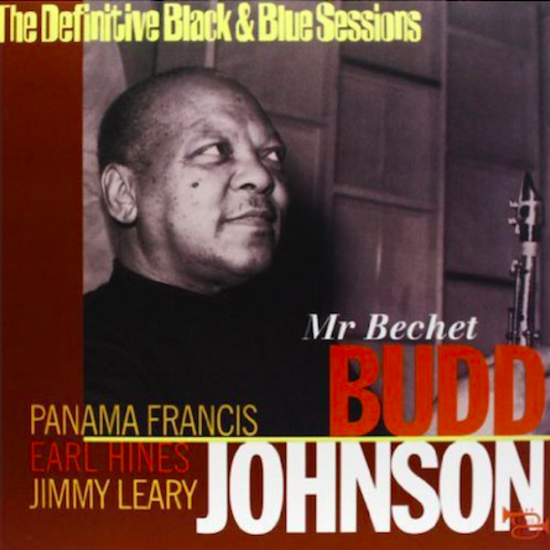 Budd Johnson didn’t do much recording as a leader, so this French studio date is particularly valuable. He’s reunited with Earl Hines, with whom he played during three stints between 1932-1942; they’re joined by drummer Panama Francis and bassist Jimmy Leary. The title track is an original tribute to the king of soprano saxophonists.

Though it was his second instrument, Johnson delivers a powerful solo with his own unique tone. He’s back to tenor sax for the bluesy “Am I Wasting My Time?” and clearly enjoys himself on Hines’ romping “Linger Awhile.” Like all of Budd Johnson’s releases, this LP is strongly recommended. AMG/Ken Dryden