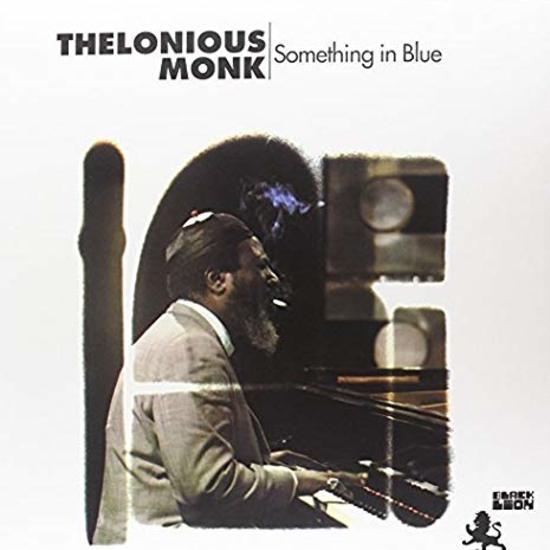 Alan Bates took Thelonious Monk into the studio for his first trio recording in fifteen years with his old sidekick Art Blakey. It has been said often enough that Blakey is the ideal drummer for Monk, and one has only to hear them together again after all this time to realize the truth of the statement. If Blakey at times seems to push the pianist almost too hard, that is in fact the nature of their musical relationship. And, throughout the session, Blakey appeared to be vying with the producer in alternately cajoling and coercing Monk into fulfilling various requests from the small invited audience.

The suggestion of recording Criss Cross had been hanging in the air for at least an hour-and-a-half when Monk suddenly interrupted a conversation between Blakey and photographer David Redfern by launching into the intro. He stays pretty close to the theme, but what a theme it is! The melodic balance of the first four bars is something that could probably only be expressed diagramatically, while the following phrase is a kind of contracted mirror-image of the same idea.. And Al McKibbon certainly knows what he’s doing because he was on the 1951 recording as well.

Monk positively hammers out Jackie-ing (a tune dedicated to his niece) written originally for a 1959 Quintet date for Riverside and prominently featured by Thelonious with his Quartet on world tours during the sixties. Nutty is vintage Monk, dating back to 1954 when it was first recorded (in trio form with Art Blakey and Percy Heath) for Prestige. Blakey himself is in superb form throughout, propelling the whole number and himself into an exhilerating solo in the process.

The two outstanding performances here are probably the two spontaneous blues. Blue Sphere, which says a lot in a short space, begins with only one chord per bar in the left hand but with a very strong 2/4 feel in the right, preparing one for the eventual stride pattern at a typical James P. Johnston tempo; this builds so well to the percussive finale, in which the rhythm is suspended once more, that Al McKibbon could not restrain his discreet applause. The slow Something in Blue, though it builds equally well to a climax, is more complex, alternating double-time with triplets and single notes with funky two-note chords in the right hand, while the left mixes stride with a relaxed boogie pattern. There is, too, an absolutely typical touch in the antepenultimate chorus, where the ascending bass line which has begun cropping up in the 10th bar of each chorus occurs this time in the 9th bar, only to be followed by a repeat in which everything seems to fall on the wrong beat. This is a part sample of Brian Priestley’s excellent sleeve notes.