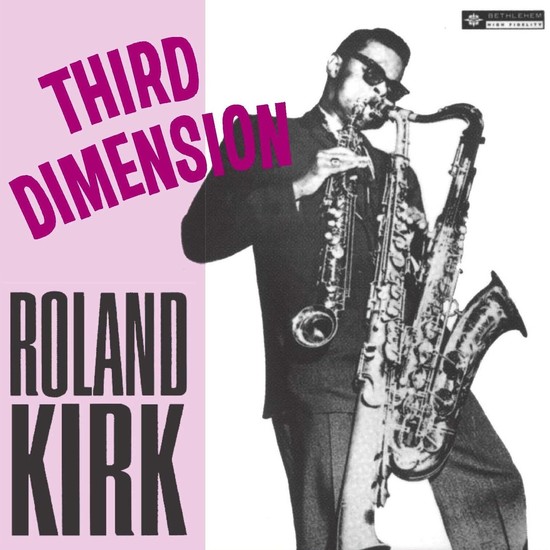 Arguably one of the most exciting saxophone soloists in Jazz History,Kirk was a post-modernist before that term even excisted. Kirk played the continum of Jazz tradition as instrument unto itself, he felt little compuction about mising ans matching elements from the music’s history, and his concoctions usually seemed natural, if not inevitable.

‘Third Dimension’ was the debut album by Jazz multi-instrumentalist Roland Kirk, orginally released as a Triple Threat on the King Label in 1956. The orginal album recieved limitded distribution and only became widley known after it was re-released a few years prior to Kirk’s death.

The album features the first recorded example of Kirk’s trademark playing of multiple wind instruments at the same time as well as two tracks "Stormy Weather and “The Nearnes of You” where he overdubbbed Manzello and Tenor saxaphone. Kirk would later state that the album was about the third overdub record in black classical music.