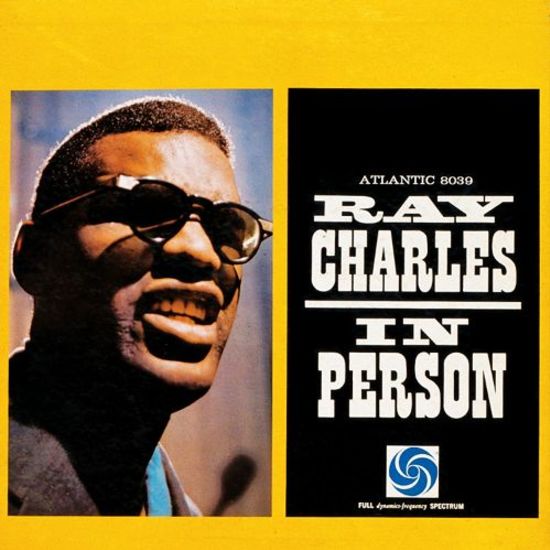 I bought this LP, of the Atlanta concert, in 1960. It knocked me out then, and it knocks me out now. For me, this IS Ray Charles. In the intro to ‘Night Time is the Right Time’ Ray says, ‘…and Miss Marjorie Hendricks will help us out on vocals…’, and boy, does she help out! Turn up the volume and strap yourself down.

The greatness of this album. Ray was touring with his band in the 50’s, and they played at a concert in Herndon Stadium, Atlanta. An engineer at radio station WAOK recorded the occasion on a one track tape recorder using a single microphone. The recording was later played over the air. The response of the radio audience was overwhelming, resulting in the ultimate release of the Atlantic album. It is one of the most extraordinary albums of all time. First, the recording is amazing considering how it was recorded. The band is heard with perfect clarity and balance, and the audience is also picked up, and you can hear the shouting, whooping, the give and take with the audience, and the extraordinary energy in what was a typical concert of Ray Charles playing to his own audience. Many of the tunes were or became classics, known to every funk and blues musician in the country and to most of the population at large. Ray Charles was revered like no other musician.

This is the most cathartic of all Ray Charles’ recordings. On two tracks, “The Right Time” and “Tell The Truth”—both shared with the Raelettes’ lead singer, Marjorie Hendricks—the music transcends art to become powerfully shamanistic. It remains one of the greatest rhythm and blues albums of all time.