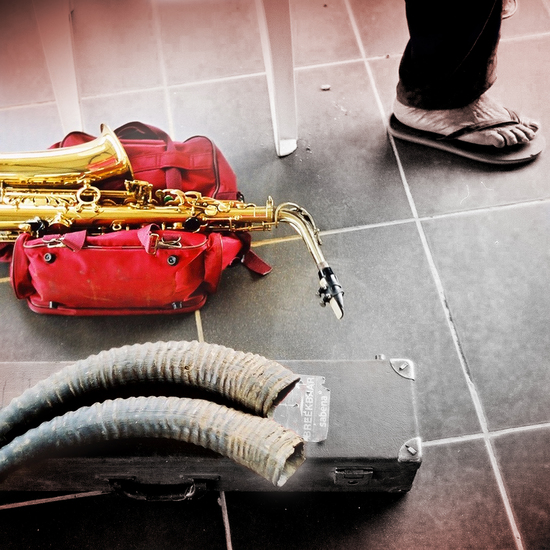 Recorded in 1991 and unavailable on vinyl until now, “Matchowé” is one of the most important “Afro Jazz” sessions recorded – the culmination of Momo Wandel’s lifelong investigation of the intersection between American jazz and the traditional rhythms of Guinea.

Drawing influences from Charlie Parker and John Coltrane and blending them with the rhythms of the Soussou and Bagas ethnic groups of Guinea, Momo Wandel (1926-2003) created a timeless sound still resonates today.

Starting out playing the banjo in regional orchestras before moving to Conakry and teaching himself to play the clarinet in 1951, he came to the fore as part of the successful band Keletigui et ses Tambourins in the 60s – part of President Sekou Touré’s mission to revalorize traditional Guinean music by blending it with (similarly-communist) Cuban rhythms for the state-run Syliphone record label.

With the fall of the beginning of the second Guinean Republic in 1985, Momo brought his life-long love of jazz to the traditional rhythms he had spent so much time researching. Matchowé is not the first time he had attempted this musical mixture – he played and important part in the seminal 1976 “Musiques sans Paroles” album on Syliphone, Guinea’s state-funded record label – but it is perhaps his defining statement.