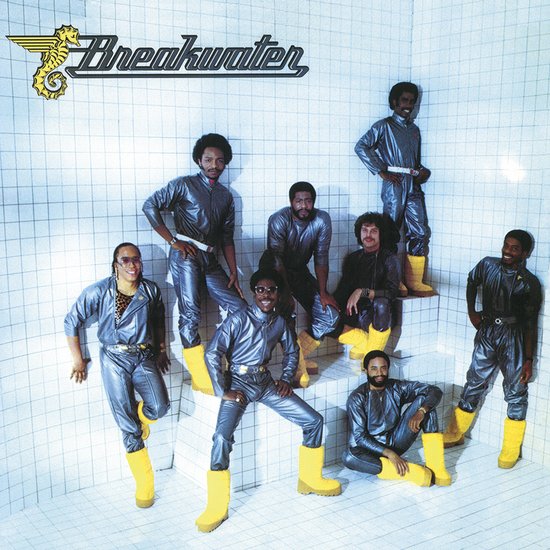 Get Up! Time to release this beast on 7".

Breakwater’s earth-shattering “Release The Beast” is unquestionably the standout song from their 1980 funk masterpiece LP Splashdown. It also came out as a now-hen’s-teeth-rare 7" in the same year and when it came to putting it out as a 7" again we just had to do it in a miniature version of the Splashdown sleeve. It’s one of the best album cover shoots of all time.

For the b-side, we’ve backed Breakwater’s biggest track with Be With’s favourite: the quietly majestic gem “Let Love In”, another winner from the same LP.

Possessing a sound and a feel that was lightyears ahead of its time, “Release The Beast” is a showcase for Breakwater’s phenomenal power-funk capabilities. The energy is astounding. It rips out of the grooves on a deep funk tip, with speaker-smashing, room-shaking drums competing with distorted funk-rock guitar, bumping bass and space-age synths. But it’s not without its compellingly haunting elements too. What else can we say? It’s a genius piece of music.

And, yes, of course this is the tune Daft Punk sampled for their 2005 track “Robot Rock”. Let’s be blunt, they lifted the Philly act’s funk-rock vamping pretty much wholesale. But to be fair to them we wouldn’t have messed with the perfection of the original either and those Parisians shone a much-needed spotlight on an innovative band from the halcyon period of post-disco funk.

On the flip, “Let Love In” is a smooth, easy glide that demonstrates Breakwater’s superb, sophisticated musicianship. The tight horn section and irresistible bass make for an undeniable groove. However, it also reveals a depth to their lyricism that’s often overlooked. In these dark days, the sentiment of the opening lines is truly one to we should all take to heart:

“It feels good to be friends with everyone, Walk around and the feeling’s in the air, No more hate can’t you see, This is really for me.”

A feel good hit for the summer if ever there was one.