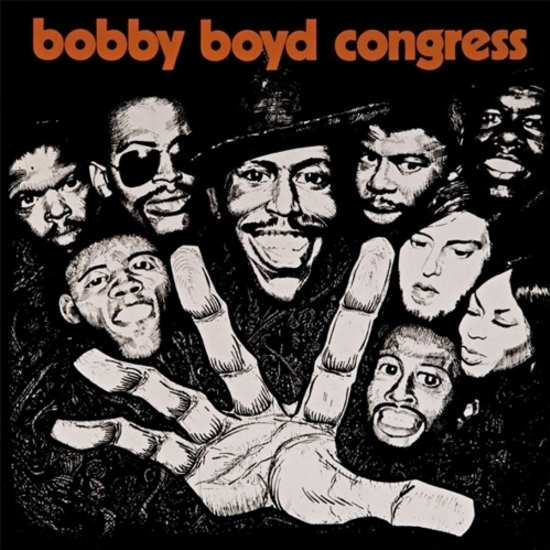 Utter the name Bobby Boyd Congress to any collector or serious fan of 70s rare groove and you’ll suddenly see their face strangely come to life, lit intensely with a mix of desire, frustration and resignation. Then, he or she will proceed to explain to you that this legendary record is a holy grail of European groove, of which the perilous and dangerous quest sends the most manic diggers insane.

Indeed this little funk/soul gem, displeased with its meagre 300 copy pressing in 1971, possesses a great number of other attributes which have sent its collector value through the roof (up to 1500 euro): a hot and rough production recorded at Studio Davout; the talents of the excellent American musicians exiled in Paris, the participation of Frank Abel (vocals and organ) and Lafayette Hudson (composition and bass) who would continue together, without saxophonist Bobby Boyd, under the Ice name and later the Lafayette Afro Rock Band. These 2 legendary line-ups recorded and released several cult albums in France – break-heavy, and with extended trance-like impros and scorching grooves. Their sound’s energy and power is already flagrant on this one, a jarring mix of funk, soul and rock and explosive instrumentation based on rough guitars, harmonious brass, wild organ and tireless drums. The vocals are just as extraordinary and add the final caress to this outstanding record that has at last been granted the reissue it deserves.