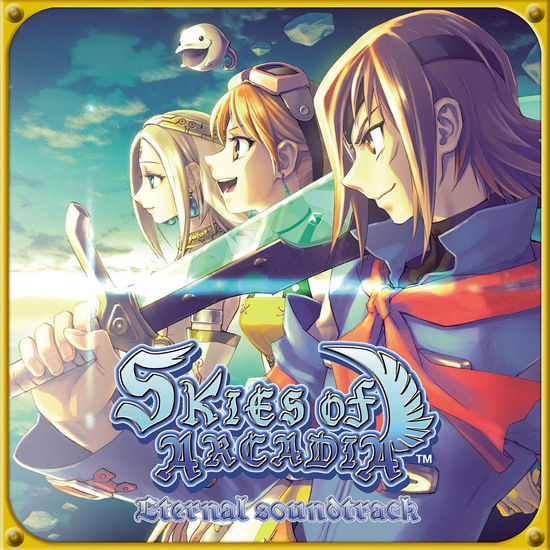 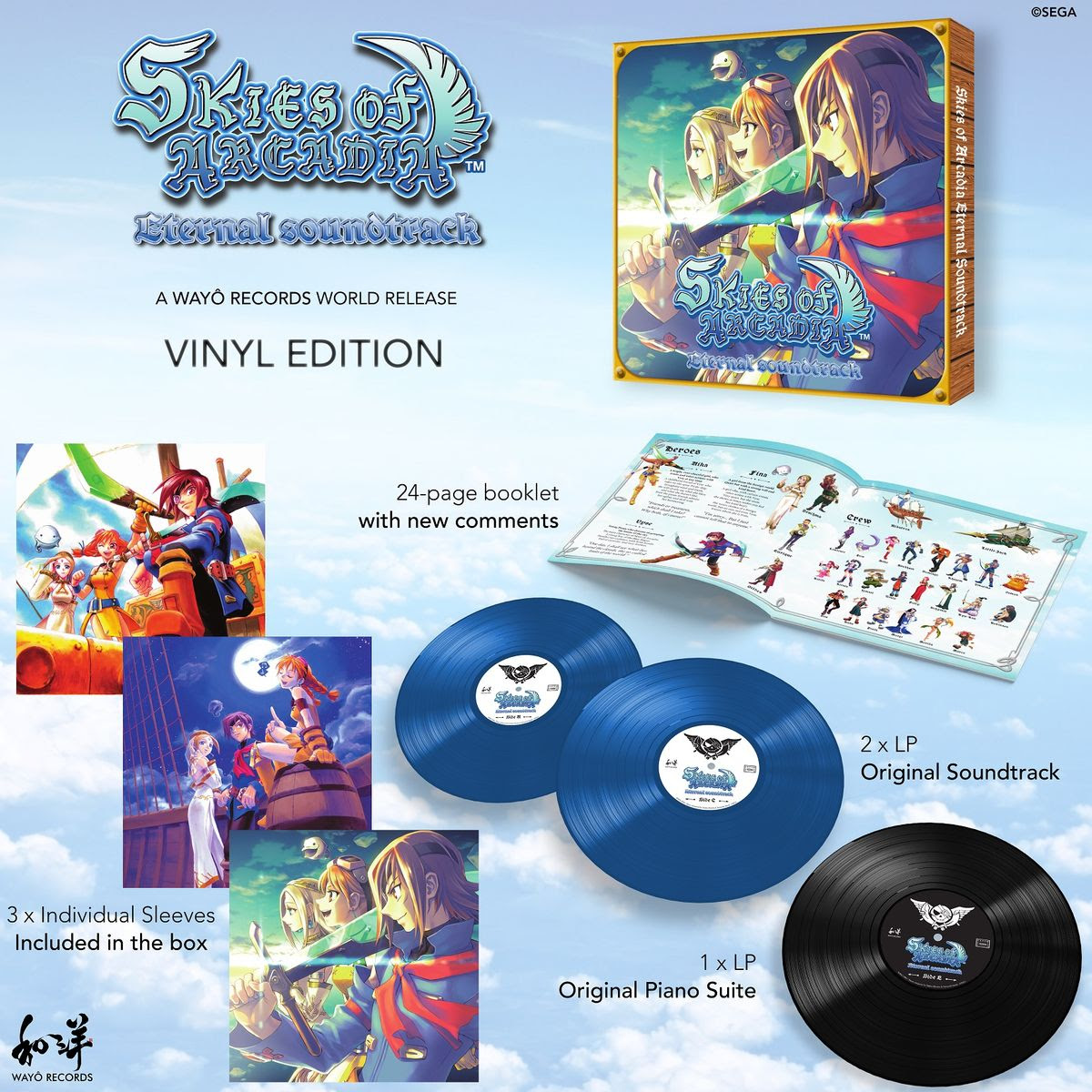 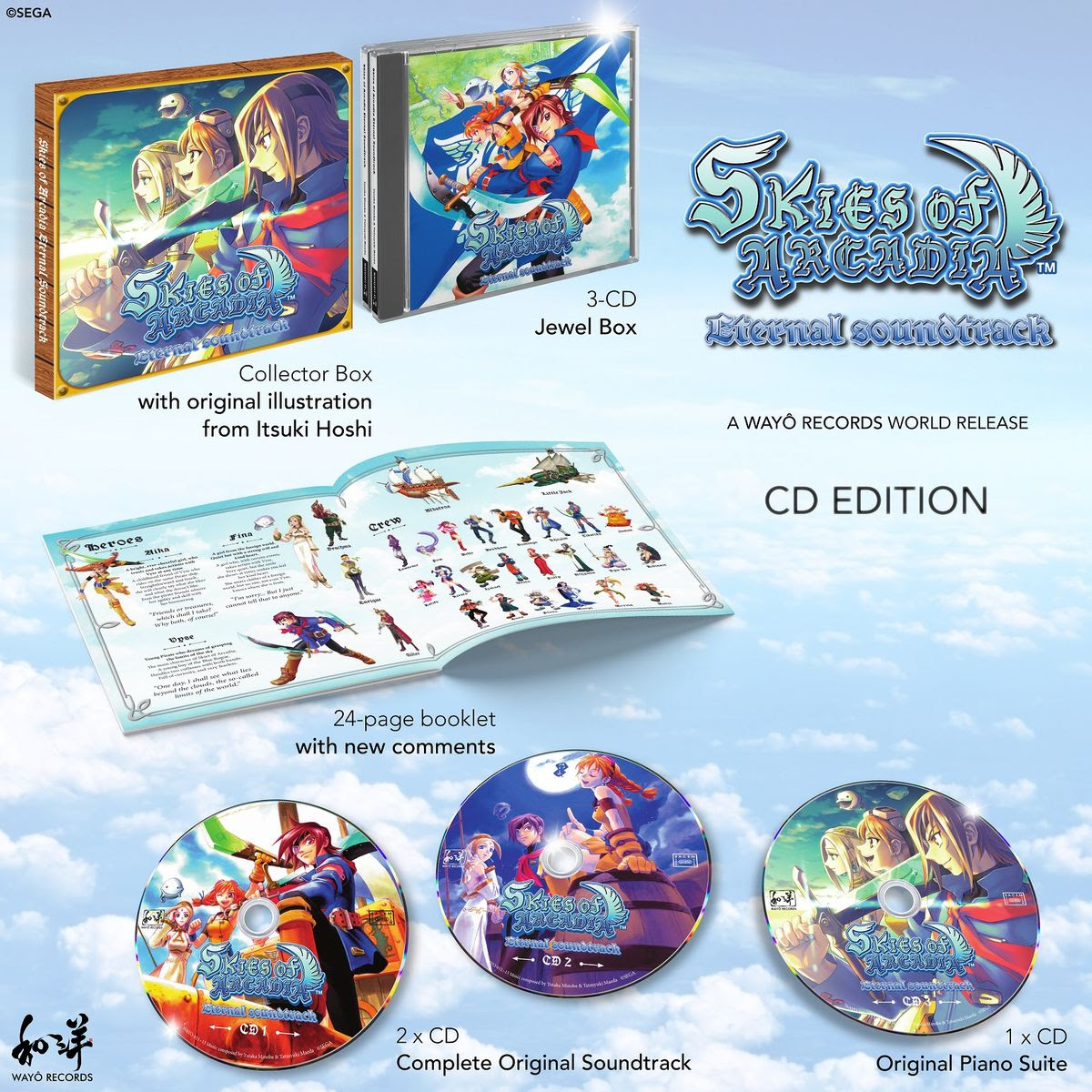 Composed by Yutaka Minobe and Tatsuyuki Maeda, the Skies of Arcadia soundtrack sets the tone for a wonderful adventure throughout beautiful and varied celestial lands, and plays a crucial part in making the game one of the Dreamcast’s finest titles. It was a technological prowess of its time, thanks to the use of interactive arrangements that changed the mood of the music depending on the land you explored or the events happening on screen. Furthermore, some tracks were fully orchestrated and performed by the Skies of Arcadia Symphony Orchestra.

The vinyl edition of the Skies of Arcadia Eternal Soundtrack includes 30 tracks from the game on 3 LP discs. Originally released for the Dreamcast in 2000, Skies of Arcadia remains to this day one of SEGA’s most popular and beloved RPGs, and it is no denying that its varied and enthralling soundtrack contributed to this cult following. To celebrate this unique legacy, the re-release also features two exclusive piano arrangements newly created by Dutch prodigy Ramon van Engelenhoven, including a majestic, 15-minute medley that will let you experience the world of Arcadia with a fresh outlook.