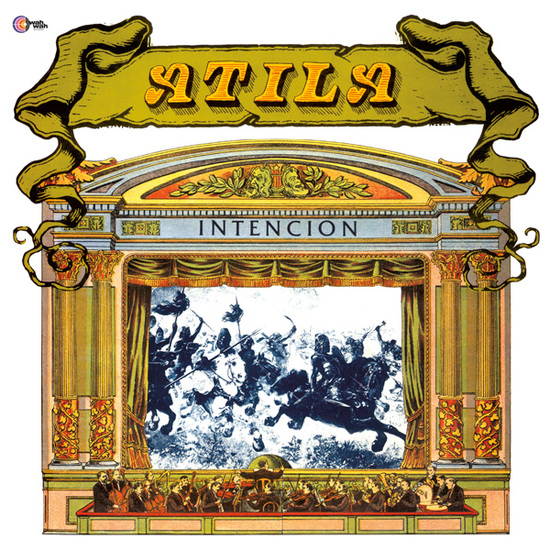 New vinyl repressing of our long sold out edition of the glorious second LP by this killer Spanish hard prog psychedelic band.

INTENCIÓN, the sensational second LP recorded by Atila, has never fetched the high amounts their debut album THE BEGINNING OF THE END (Wah Wah LPS022) does exchange hands for in the collectors’ market, but it is still a mega rare LP hardly seen below the 400 euros tag, and is considered by many to be better than their previous output.

At the time of recording this album, the band was already considered one of the top stage acts from Spain, which led to their signing for the BASF label, where they were had access to a better production, which not only resulted in a better sound but also in a much more visually attractive full colour gatefold sleeve, which the Wah Wah reissue will reproduce to perfection and outgrade to a gorgeous 8 page booklet full of info on the band.

Originally issued in 1976, INTENCIÓN is the perfect follow–up to THE BEGINNING OF THE END, with Atila offering further pieces led by the strong guitar licks of Eduardo Niebla, Benet Nogué’s organ & Moog, and Joan Punyet’s drums melting in top progressive freakouts, plus the addition of wordless vocal parts and even some catalan sung parts, besides adding a symphonic edge to the general sound. Side A offers three killer tracks in that vein, while B side is a new recording of the bands’ signature theme EL PRINCIPIO DEL FIN, with updated overtones, Moog passages and a much better recorded sound than the one appearing on their debut LP. 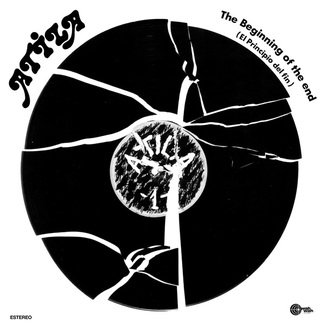 Atila
The Beginning Of The End