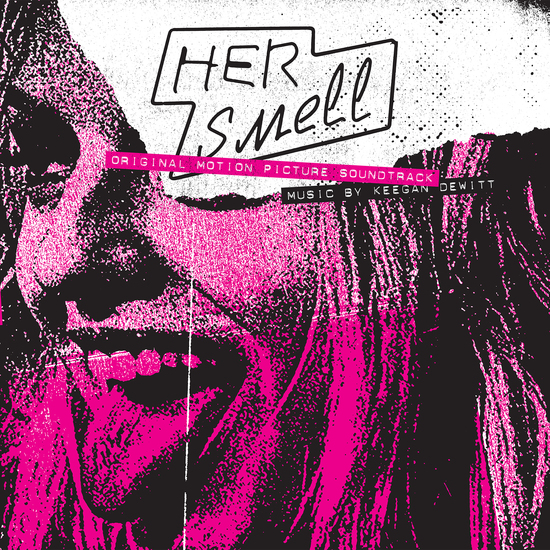 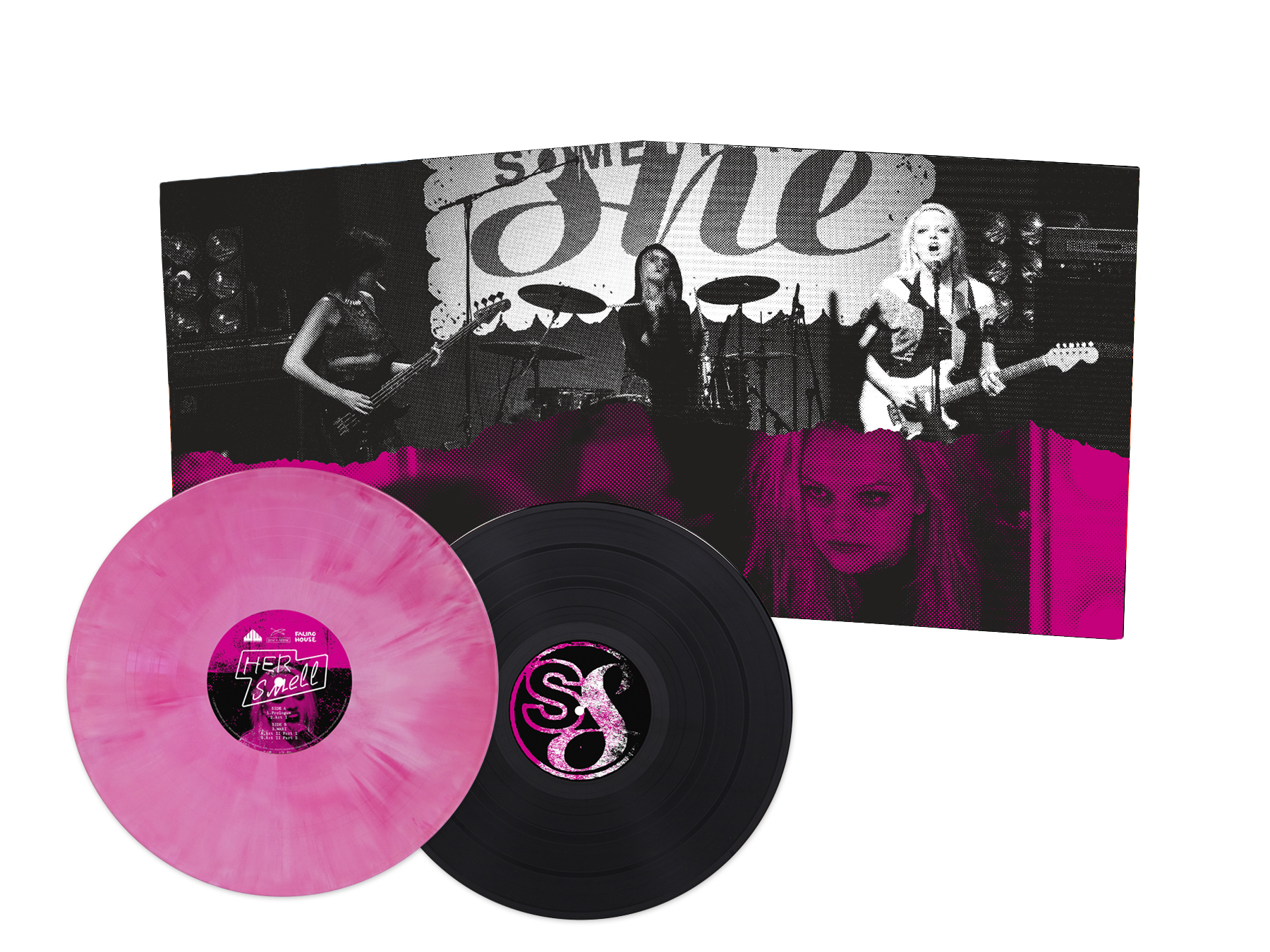 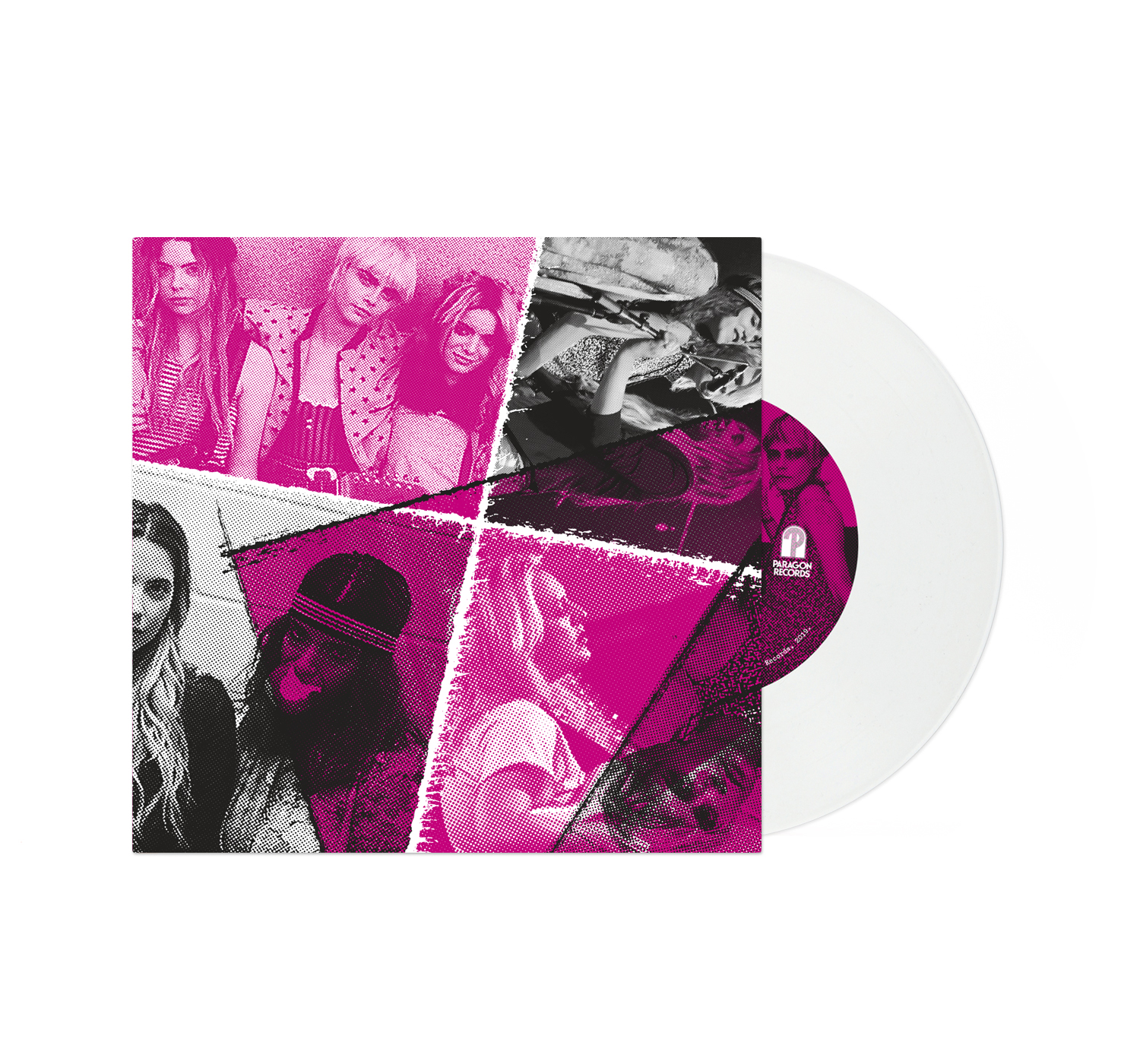 Waxwork Records is thrilled to present the Original Motion Picture Score and Soundtrack to HER SMELL. Written and directed by Alex Ross Perry (Queen Of Earth) and starring Elisabeth Moss (The Handmaid’s Tale), HER SMELL is a 2018 psychodrama divided into five Acts that focuses on the narcissistic and destructive punk icon Becky Something (Moss), lead vocalist of the fictional 90’s band, Something She. The film examines corrupted relationships and the high cost of fame as Becky is consumed by her ego, substance abuse, and psychotic breakdowns that come in endless, rageful waves.

The claustrophobic and panic attack inducing score by Keegan DeWitt is, like the movie, divided into multiple Acts that serve as a disorienting and caustic auditory assault unlike any music composed for film before. Melody and hooks are lit aflame and violently replaced by an annihilating war on the listener’s senses that infects on an unnerving level far deeper than any standard film score could ever wish to accomplish. If a total mental breakdown married a nightmarish hallucination, DeWitt’s score to HER SMELL would be the unrelenting and violently spiraling listening experience.

In addition to DeWitt’s score and included as a 7” vinyl EP are the soundtracks songs performed by the fictional alt-rock trio from HER SMELL, Akergirls, featuring Cara Delevingne, Ashley Benson, and Amber Heard. Also included on this companion 7” are two solo tracks performed by Elisabeth Moss as her destructive punk persona, Becky Something. 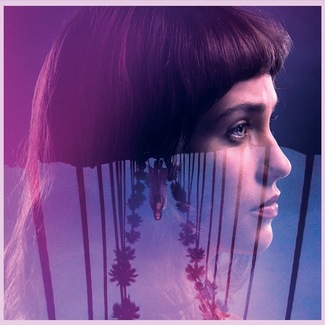