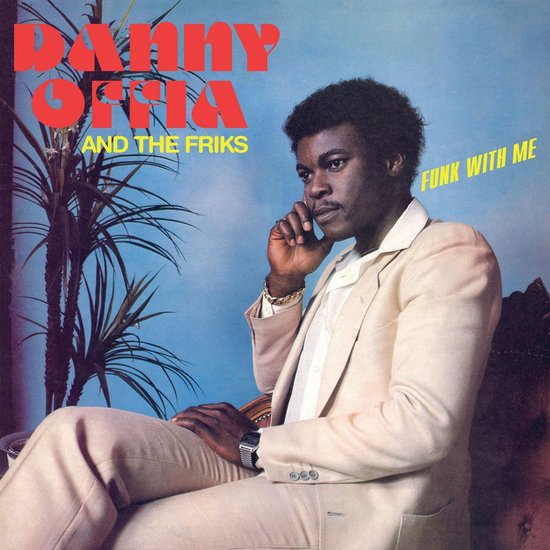 Danny Offia’s Funk With Me is a prime slab of Nigerian Boogie. Sinewy and urbane, it’s the soundtrack of Lagos in the early eighties. The city was awash with oil money, clubs were booming and every night was a party night – the perfect place for a man with a great voice, a white suit and seductively-clutched packet of B&H Golds. Funk With Me was recorded in London with a crack team of session musicians. Drummer Blair Cunningham was from Memphis and had played with Robert Johnson. Sax player Ray Carless was regarded as the London jazz scene’s best-kept secret. Engineer Duncan Bridgeman would go on to work with Duran Duran. Danny Offia brought the songs and the Lagos attitude. ‘Funk With Me’ is a certified party starter. ‘10 Years In Love’ and ‘Weak For You’ are sophisticated groovers. ‘Sat Nite (Is A Party Nite)’ is guaranteed to get any girl on the dancefloor, while ’Don’t Make Me Cry’ is smooth enough take her home. Funk With Me is Lagos in an album – cosmopolitan, sexy and witty with an energy and spirit, all of its own. – Peter Moore