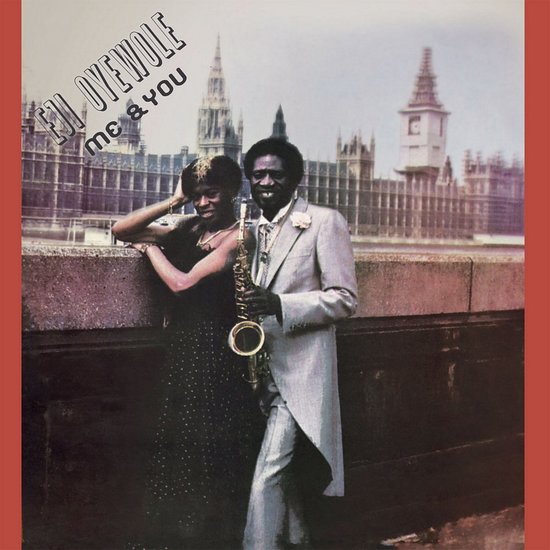 A bona-fide Nigerian prince and probably the only musician to have ever played with Fela Kuti, Miles Davis and Bob Marley, Eji Oyewole combined African Highlife with western jazz to create a hybrid so that was as smooth as it was funky. His first album, Charity Begins At Home was an angry tirade against corruption in Nigeria. Me & You is his ‘relationship’ album, a brighter and happier set of songs that sees Eji all loved up, presumably with the mysterious ‘Cameleon’ featured on the cover. Eji’s flute is no longer a strident voice raised in anger. Instead, on ‘Me & You’ and ’I’m a Dancer’ it is a playful line of seduction. On the wonky and woozy ‘Eniafelamo’ his sax is a post-coital salutation. Even the one political track, ‘Long Live Nigeria’, is a loved up call for peace, progress and trust. Chilled, assured and dexterious, Me & You is a sophisticated showcase of Eji Oyewole’s chops. ‘This is the beginning of an atomic musical evolution,’ he declares on the cover. ‘Brothers and sisters, stay cool.’ – Peter Moore