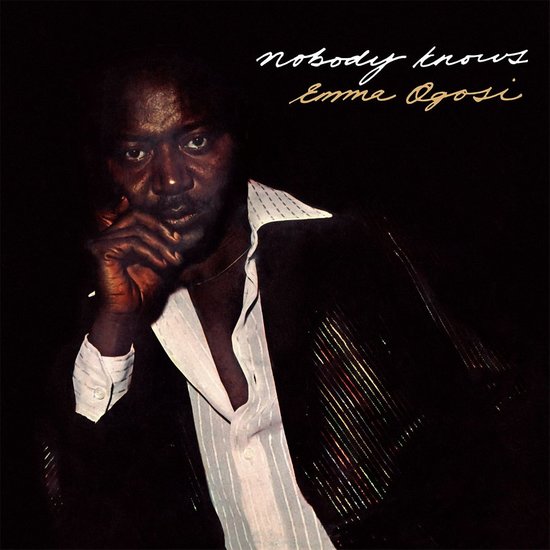 Limited to 500 copies only! Emma Ogosi has worn a lot of different hats in his career: former air force officer, guitarist with Benin-based Pogo Limited, and husband and manager of Nigerian reggae superstar, Evi-Edna Ogholi. In 1981, he donned a sequined cowboy hat and released Nobody Knows. Nobody Knows is arguably the Nigeria’s best – and perhaps only – Disco Country album. Country music has always been influential in the country and Ogosi managed to channel Jim Reeves via the bright lights of Lagos’ burgeoning disco scene to produce an album of sparkling mournfulness. The album starts brightly with ‘You And I’ and ends with ‘Orindo,’ a horn-driven dance floor filler. ‘Nobody Knows’ and ‘A Lonely Child’ venture into ‘you done me wrong’ territory. And you can imagine Kenny Rogers covering ‘Give A Little’, albeit wearing flares and platforms and a moustache instead of a beard. Overall, though, Nobody Knows is as disco as the sharp suit and gull-wing collar Emma is wearing on the cover. But don’t be fooled – there are rhinestones on that there glitter ball. – Peter Moore