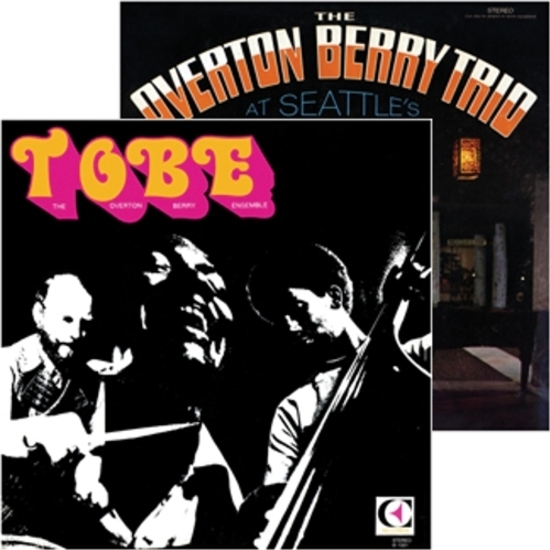 Have you ever heard of Tukwila? Well, it’s safe to say that if Light In The Attic wasn’t located in Seattle, Washington, we mightn’t have either. Just a short drive from the Emerald City it was once home to the now infamous Doubletree Inn. Despite its non-central location, the Doubletree was once the Pacific Northwest hotspot with line-ups around the block. The reason? The Overton Berry Trio, who ably filled the lounge with sounds of jazz, soul, and pop over clanking drinks and decadent dinners. While local music lovers, dedicated crate-diggers, and diehard funk heads will have heard of the classy pianist (often compared to his better-known peer, Ramsey Lewis), it’s finally time to let the world in on our little secret. At the dawn of the 1970s, Berry and company recorded 2 long player albums: The Overton Berry Trio At Seattle’s Doubletree Inn (1970) and T.O.B.E. (1972). Both take the listener to a time long forgotten, a place where music engaged, invited dialogue, and struck chords deep in one’s soul. In celebration of this still relevant sonic legacy, Light In The Attic Records will re-release the original At Seattle’s Doubletree Inn and T.O.B.E. (The Overton Berry Ensemble) albums in a lovingly packaged double vinyl-only reissue.

Prominently featured on both of Light In The Attic’s Wheedle’s Groove releases and director Jennifer Maas’ Wheedle’s Groove documentary, the Overton Berry Trio and their transcendental interpretation of The Beatles’ “Hey Jude” (from At Seattle’s Doubletree Inn) is notorious amongst forward thinking DJ’s and record collectors the world-over. The T.O.B.E. album (especially the break-beat heavy “Jesus Christ Superstar”) has also piqued the radar of many a tastemaker and original copies are virtually extinct and prohibitively priced when available in record dealer’s crates or offered for sale on the web. Now with lovingly remastered audio, extensive liner notes, and unpublished photos, this double L.P. set gives you both of the aforementioned rarities and the best of Overton Berry – that is, if you haven’t had the good fortune of seeing the man play live. Still performing his trademark blend of standards, thoughtful interpretations, and original compositions weekly in-and-around Seattle, if you find yourself music hungry in the Pacific Northwest, you just might have a chance. Berry is still doing his thing with the utmost respect and dedication to his craft.