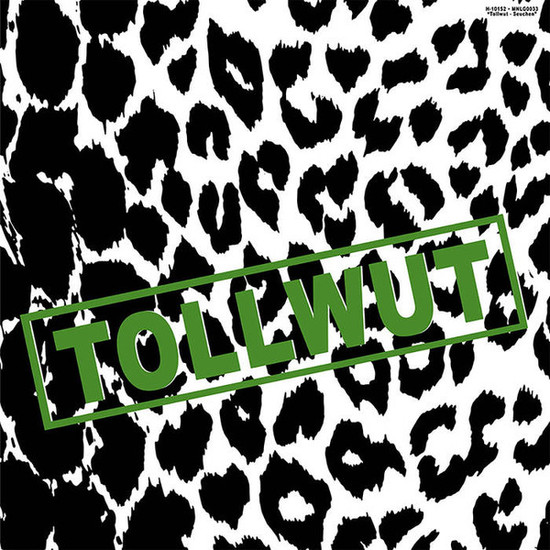 One helluva obscure release for fans of leftist German street punk. This is one of the most iconic underground acts Germany saw in its 1980’s. We speak of punk rock in its original form and spirit – border songwriting that presents lots of ska-rhythms among furious riffs. As this compilation consists of the rare 1981 ‘Seuchen’ 7inch EP and the even more rare 1983 MC cassette album, the more sophisticated 1983 recordings makes one think of a way more raw, nihilistic and aggressive IDEAL, FEHLFARBEN and TON STEINE SCHERBEN and might appeal to fans of the more wicked NDW underground as well. In the end all of these bands are rooted in a similar background they share with TOLLWUT (meaning rabies). Interchanging male and female vocals add much diversity to these tracks. When it gets to the four tracks from the classic 7“ EP, ferocious underground punk rock placed in between more tracks from the 1983 tape. It works fairly well with this splitting of the original single tracks and shows how a full length album released back in the day might have sounded. TOLLWUT have a good feeling for great punk rock anthems that stick to your mind and deliver a brilliant rabid experienced performance. Could have become a hard hitter on the scene back then! Fans of German punk music of the 80 should definitely give this a go!