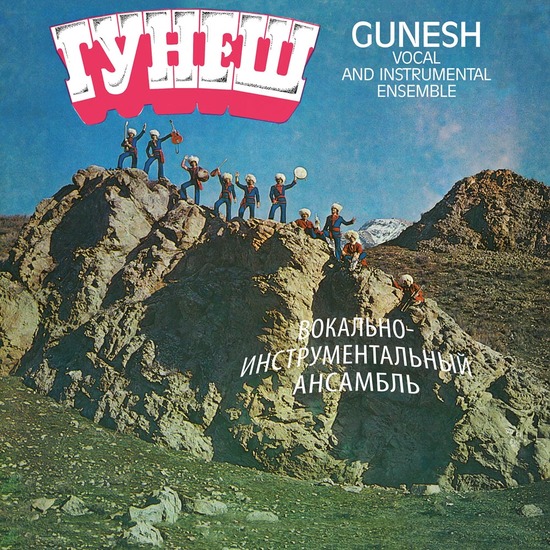 The Gunesh Ensemble was founded in 1970 in Ashkhabad, Turkmen Soviet Socialist Republic, then part of the Soviet Union. They started out as a vocal group with supporting musicians from Turkmenistan State Radio and TV. Later several young musicians came to play with them and the band’s music became much more modern. The group began to play jazz-rock tightly intertwined with traditional Oriental music. With that new musical style the band participated in some popular festivals around the Soviet Union. They received various awards and became very popular. Gunesh has always been in the process of developing and was one of the first and best local jazz-groups to organically combine the principles of jazz and melodic improvisation. The remarkably beautiful arrangements and polyrhythmic compositions were always further developed thematically. This process was highly praised at the Moscow competition With A Song On Life in 1977 where the ensemble became a prize-winner. The Organizing Committee of the Festival Spring Rhythms in Tbilisi (1980) called out members Rishad Shafi as best drummer and Stanislav Morozov as best saxophonist. This, their very fine first LP was originally released in 1980 on the Soviet state label Melodyja and contains traditional Central Asian music in jazz-rock arrangements plus a Vietnamese singer. The line-up has changed many times. Around 65 musicians have been a member of the group at some point in time.