What's The Matter With Me 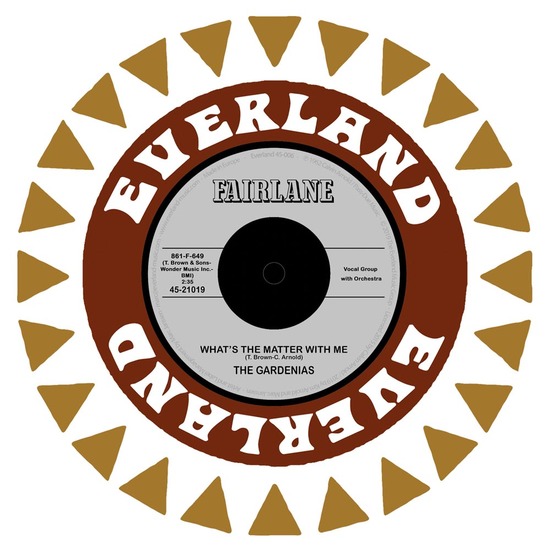 What's The Matter With Me

1962 was a hot year in music. Not only instrumental surf rock’n’roll rode the big wave (no pun intended) of commercial success and cult status among the fans of rocking guitar driven music. From England we got to hear about a new kind of pop music emerging from the dirty streets of harbor city Liverpool, so called „Merseybeat“. And what happened on the other side of the Atlantic Ocean? R&B, blues, vocal pop and doo wop, all those surf bands and among them some hearty rock’n’roll acts with one foot in R&B and soul. One group of custodians of the true rock and roll spirit was known, probably only regionally, under the name of THE GARDENIAS. This rare gem reissued by EVERLAND MUSIC is their second 7“ from 1962 which came out five years after their debut 7“. A long time, who knows what happened in between. It is fact that this is a killer 7“ with the title track being an early example of dirty rock and roll, which later would be popular under the „Garage Rock“ label from bands like THE SONICS. You can still find remnants of the 1950s rock music in the sleazy saxophone leads. The overall sound is rough and mean which leads me to believe that this is actually a direct live on tape recording in a studio, just as it was the usual way to make records back in these days. No overdubs, just pure music. The B side contains a nice slow doo wop inspired piece that also has this hard edged garage sound. This band is up on par with all the British colleagues that later on became legends. So there is no wonder that EVERLAND MUSIC took it for a reissue on 7“ vinyl. I just wish they had made a full album or at least had enough archive material left in their vaults for a full length record. Great stuff for fans of early 60s music.