I Want To Be Love / What Would I Have 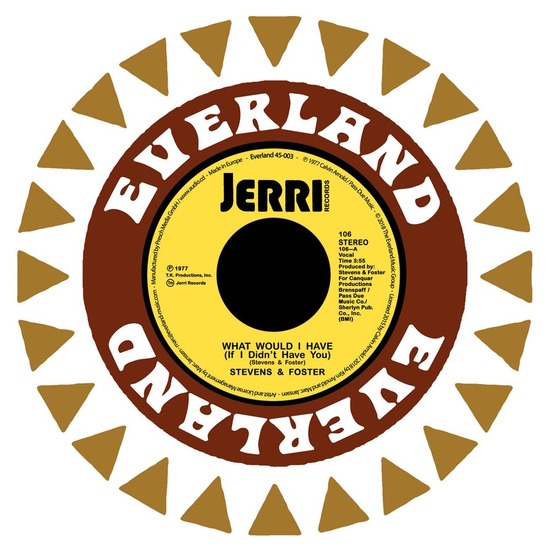 I Want To Be Love / What Would I Have

Very little is know about the apparent duo Stevens & Foster who had this self produced release in 1977 on the Jerri Records label from Atlanta, Georgia that had national distribution though T.K. Productions Inc. Nevertheless original copies are now very scarce and crazy expensive. For decades, the B-side’s piano intro has rescued a DJ’s dancefloor all over Europe, with it’s seductive qualities of lush strings, muted Wah-Wah, simplistic but addictive piano fuse into a must gulp down cocktail of soul delights. In more recent times it is the A-side, that formerly lived in the shadows of that essential DJ tool, is also gathering a strong following, using the same instrumental approach but taking the pace right down. Ballad fans will immerse themselves in the real feelings the girl lead projects as she gets more poignant the deeper she gets into the lyrics. Fully restored and officially licensed, this is your chance to obtain this great soul and funk record as a top quality European re-press at a regular price.