Hand Me Down Diapers 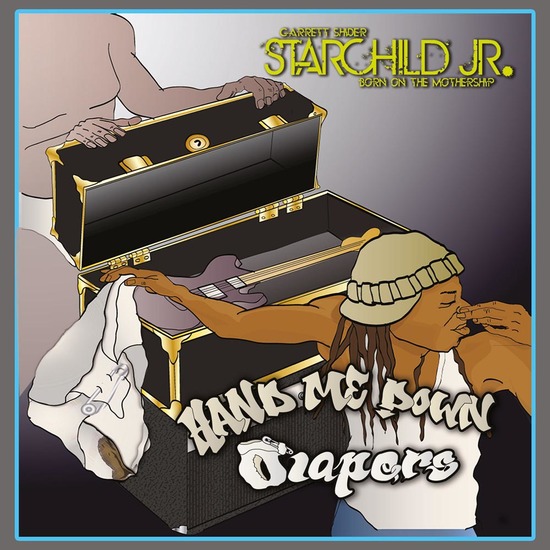 Hand Me Down Diapers

Starchild Jr. named GARRETT SHIDER, is a seriously talented guitarist, much lauded and in demand in the music industry. This might be unsurprising since Garrett was brought up on guitars being the son of legendary PARLIAMENT / FUNKADELIC guitarist, musical director GARRY SHIDER. This Funky album is a tribute from son to father, and an extension of PFunk Allstars (the next generation so to speak). ‘Hand me down diapers’ is a punchy versatile album with gorgeous guitars and harmony. Featured on it is the Funk maestro himself, GEORGE CLINTON, as well as other bandmembers of today’s FUNKADELIC crew.