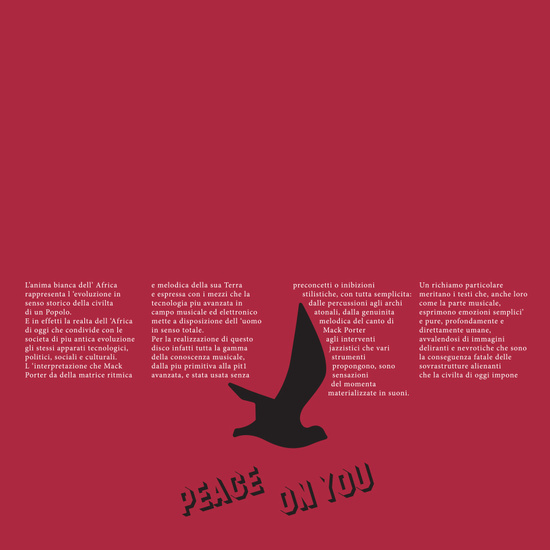 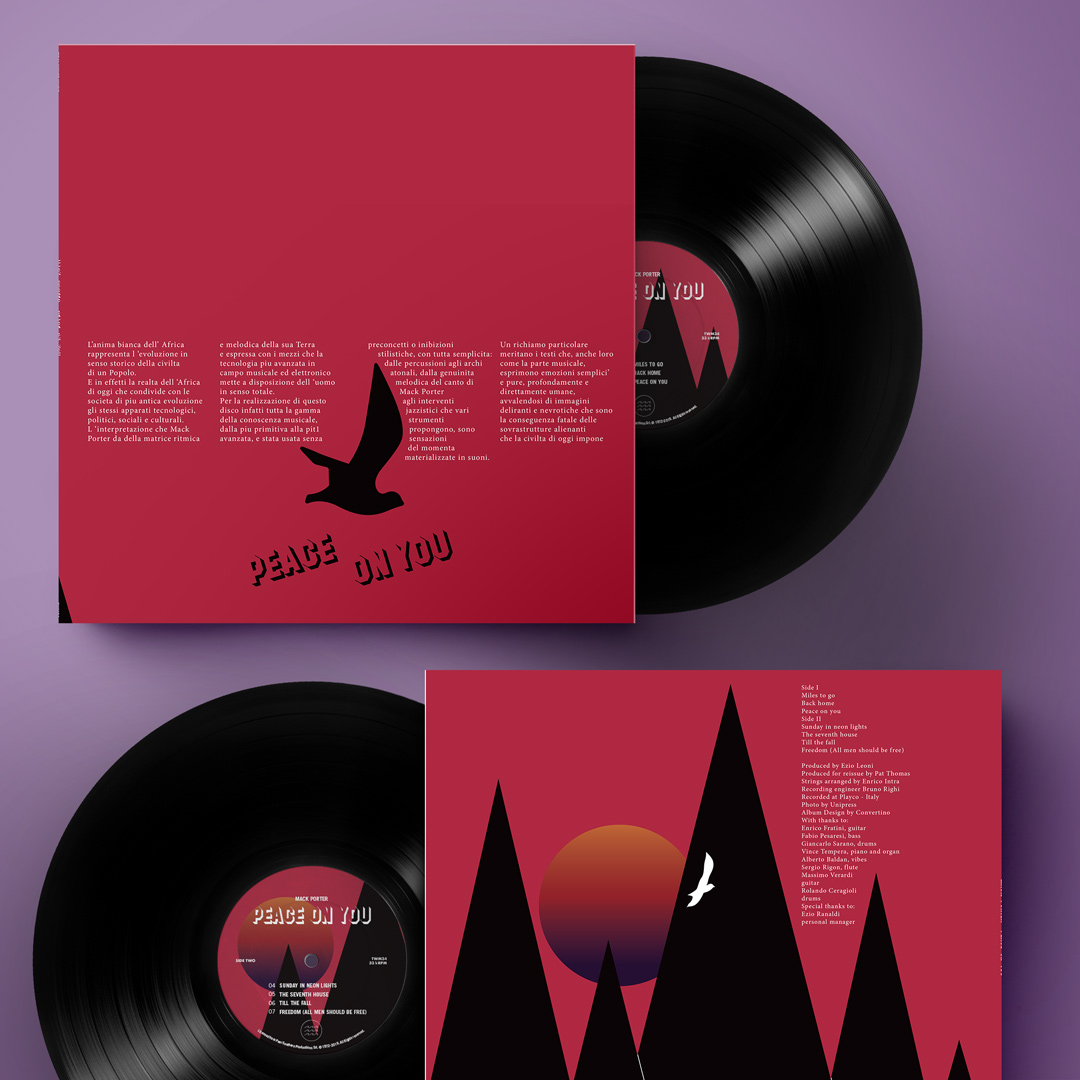 An African artist, born in Ghana (1945) during the English colonial occupation, Mack Porter moved to the Netherlands and then to Italy in the late 60’s where he released four pop and soul-oriented singles for the small Naples label ‘Fans’. In 1969 he won the Un disco per l’ Europa song contest in Lugano, Switzerland which got him signed to the RiFi label. In 1972 he made a concept album (under the name of Mack Sigis Porter)…this album is the masterpiece that is Peace on You. After his musical career Porter stayed in Italy and became a stylist under the name Mack Squire.

Peace on You was strongly inspired by psychedelic soul influences and progressive atmospheres, with wild guitar solos (and some Hendrix-like vocals), and even some orchestral arrangements. Mack Porter’s only album (featuring many famous Italian guest musicians) is an acclaimed favorite when it comes to African psychedelic rock. Riddled with long folky introductions, funky strings, soulful organ breaks, soft progressive rock, fuzz guitars…combine all of this with Porters sad bluesy voice and you have a unique sounding record that gets more interesting with repeated and concentrated listening.

It was rumored that this rare and expensive album (original copies tend to go for silly money on the second-hand market) only came out on a handful of promo copies…but the sad truth is that this release received no promotion at all and sold in minimal quantities.

This is an underestimated soulful album and Mack Porter is truly a unique artist with an absolute ‘to-the-bone’ musical spirit. Tidal Waves Music now proudly presents the reissue of ‘Peace on You’. This official reissue is now available as a deluxe 180g vinyl edition (limited to 500 copies with insert) and as a Compact Disc release (limited to 300 copies).