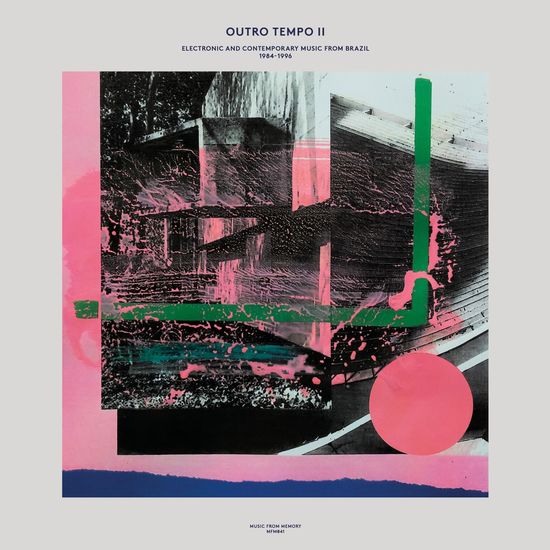 Music From Memory has shared details of Outro Tempo II: Electronic And Contemporary Music From Brazil, 1984-1996.

The previously teased compilation documents a wave of experimentalism that emerged in post-dictatorship Brazil, moving the timeframe up a few years from the first collection, which spanned 1978 to 1992. By this time, the Brazilian popular music (MPB) movement had “lost its ability to articulate the social consciousness of the era,” writes Outro Tempo curator John Gomez, in the album’s liner notes. “The music that had once been a vital voice of dissent became the polite face of the new democratic movement.”

Out of this sense of alienation emerged “an effervescent period of cultural production,” he continues, that involved “alternative performance spaces, DIY modes of production and collaborations with the art world.” Stylistically, this body of work spans a wide breadth of synth-pop, ambient, art rock and experimental electronics, “drifting away from the rainforest and into the pulsating heart of Brazil’s immense and overpowering cities.” Priscilla Ermel is the only holdover from the first Outro Tempo compilation, with volume two focusing on musicians that thrived in São Paulo’s gallery scene, including Dequinha E Zaba and Fausto Fawcett.