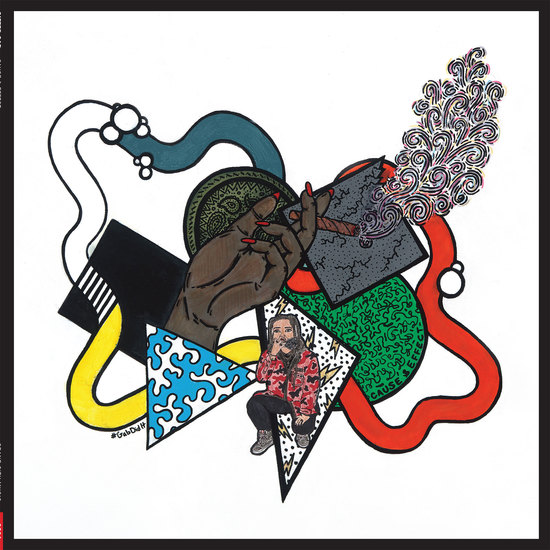 Fresh off a year playing the top music festivals in America—Austin City Limits, Bumbershoot, Heiro Day, House of Creatives and Music Tastes Good—Seattle’s own “Queen of Rap,” Gifted Gab, has dropped her latest project, “Cause & Effect.”

It fittingly arrives on national weed holiday 4/20 and opens with a warning to stay away from that poor quality bam. This record is a premium strain ten-track opus, with no features, and one lone producer, Antwon Vinson. Spark your best blunt and play it loud, ‘cause this chronically high sound is gonna trip you out.

“Cause & Effect” shines a light on both sides of Gifted Gab’s singular style, mixing complexity with wit, confidence with seduction, bars-upon-bars with R&B melodies. Half of the album is hard-hitting gangsta murder music, while the flip side is effortlessly smooth, “for the after-party, the kickback. When you finally got the one you’ve been vibing with all night up close and personal,” as DJ Mike Ramos describes in the liner notes.

This is uncompromising, in-your-face music free of bullshit. Gifted Gab’s lyrical dexterity and street-smart prowess marries the ’90s hip-hop sounds of female emcees Queen Latifah, MC Lyte and Bahamadia with Bay Area legends like Mac Dre and E-40. Fans familiar with her unrestrained rap style, wall-to-wall classicist flow and combative, codeine-dipped blunts, may be surprised on the B-side by singing and harmonies that even your mother might approve of. The entire album features a fresh sound supported by real ass musicians: Max Watters on guitar, Andrew Imanaka on bass, Medearis Dixon on keys and sax, DJ Vega on the Technics, and Antwon Vinson conducting the crew. And not only can the multi-talented Gifted Gab rap your ass off and sing sweetly, but the cover art is also an original painting by the artist herself.

Two singles from the album, “Eye on Em” and “That Way” are part of a Spring 2019 North America-wide college radio campaign mounted by Airplay Junkie radio promotions.

Seattle underground hip-hop label Crane City Music is proud to release a special, limited-edition vinyl version of “Cause & Effect” on transparent red vinyl. The record is the color of blood and love, both appropriate analogies for its twin sides. The vinyl edition is has been specially mastered by Adam Straney, has liner notes from DJ Mike Ramos and is limited to 1,000 numbered copies. (The record will be distributed worldwide by Light In The Attic.) Grab one before they’re gone for good. The music is also available online on all major streaming services (iTunes, Google Play, etc.)

Gabrielle “Gifted Gab” Kadushin was born and raised in Seattle, WA’s Central District. She’s shared stages with DJ Quik, Rakim, Cam’ron, Slick Rick, Method Man, and Lupe Fiasco, and received accolades from hip-hop heavyweights XXL, VH1, and Dope. TIME magazine counts her amongst the top seven female rappers in America right now. In 2016, she curated & headlined her own eight-city tour. Her collaboration with Blimes Brixton, “Come Correct,” received viral attention and over 15 million video views. And let’s not forget her stature as first lady amongst the many men in the Moor Gang, Seattle’s answer to the Wu-Tang Clan crew.