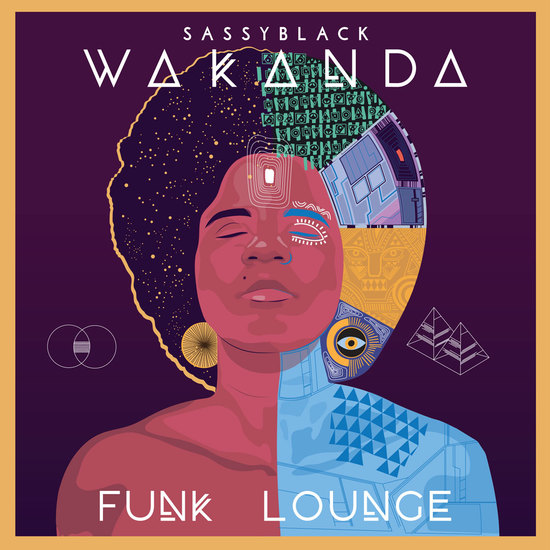 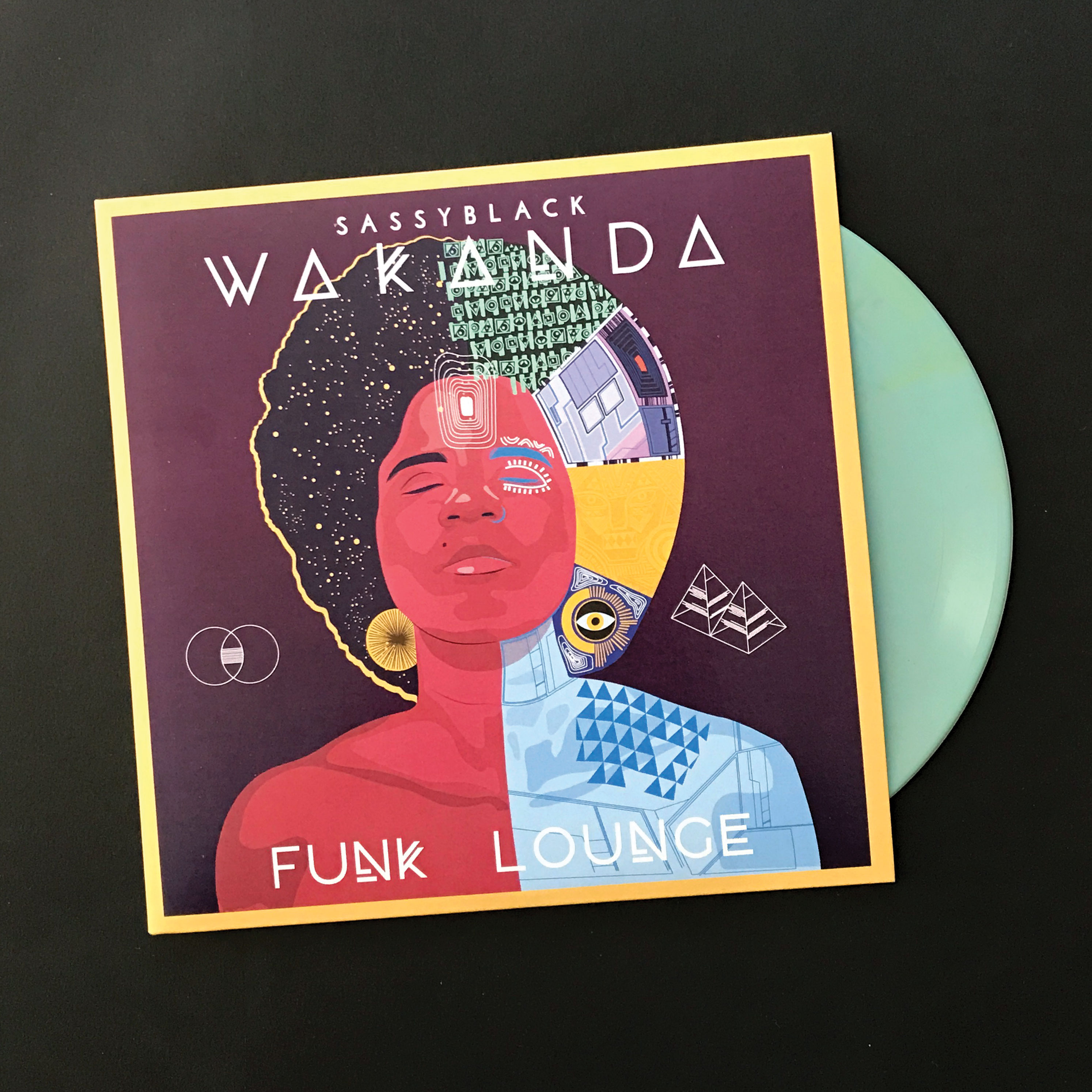 Wakanda Funk Lounge” by SassyBlack, is a svelte slab of hologram funk delivered directly from the Black Panther nation of Wakanda. This four-song EP contains the chart-topping hits from that nation’s funk lounges, and rising star, SassyBlack.

SassyBlack is a “blaxploitation, sci-fi warrior queen” and is also a multi-talented, space-aged songwriter, beatmaker, composer and singer. Her music has been described as “electronic psychedelic soul,” with roots in experimental hip-hop, R&B, and jazz. Her voice has been compared to that of Ella Fitzgerald, Erykah Badu, and Georgia Anne Muldrow and her beats owe a debt to Herbie Hancock and Quincy Jones. Like Queen Latifah, she sings, raps, is an actor and produces all her own music. Before going solo, she recorded and performed as half of the Afrofuturist hip-hop duo THEESatisfaction. Her music has received attention from Okayplayer, Afropunk, The Fader, Pitchfork, Bitch magazine and more.

Her brand new “Wakanda Funk Lounge” EP has been recently released as a 500-copy special-edition 7” single on Seattle hip-hop record label Crane City Music. The cover was designed by visual artist Wutang McDougal and each copy is pressed on colored vinyl and is individually numbered. The music is also available online on all major streaming services and can be purchased digitally through Bandcamp. It’s funky music that reminds us that Wakanda’s main export is “VIBE-ranium.”

In describing the project, SassyBlack says that “Wakanda Funk Lounge is about black freedom. When I think of “Black Panther,” it is talking about black freedom, so much that we have our own secret space. What would be freer than a Wakanda funk lounge?”

This is not her first sci-fi or superhero-themed project. SassyBlack performed at 2018’s Emerald City Comic Con, and her 2016 full-length album, “No More Weak Dates” contains numerous references to Star Trek. In an interview with Hearst publication Shondaland, she explains her sci-fi fascination: “Star Trek and Star Wars have always had bars and concerts. There’s no culture without music… And so Black Panther’s M’Baku invites me to come and perform in one of Wakanda’s funk lounges. This EP is the music I perform there. And where it gets crazy is that I’m like, ‘Listen, I have to leave Wakanda now because I’m going to go join Starfleet.’ [laughs] It could technically work.