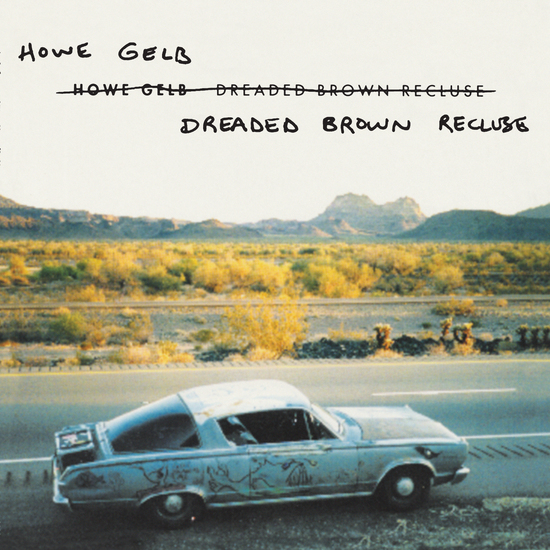 “Back then, circa 1991 Howe’s main squeeze Giant Sand were nothing short of prolific, songs were oozing from every pore, their creative id was effervescing, overflowing.

With Giant Sand’s colossal new album of ’91 ‘Ramp’ imminent what to do with those further outpourings? An idea: Disguise the band as Howe Gelb solo and produce a song cycle that, on repeat, melds into an eclectic stew that’s easy to dip in and out of but still remains potent several hours in the oven. It’s music as soundtrack to your day, a playful, anarchic piece of situationism that unfolds like all the best dramatic prose.

‘Dreaded Brown Recluse’ includes a rethunk ‘Warm Storm’ with strings (it also appeared on ‘Ramp’). It also features songs about faxing (how quaint), blankets and the insect world, as it straddles territory lost somewhere between psychotic ramshackle punk and slimmed down acoustic reverie.

“A wandering troubadour in search of treasured happenstance, Howe Gelb is an enigma.” The Quietus"