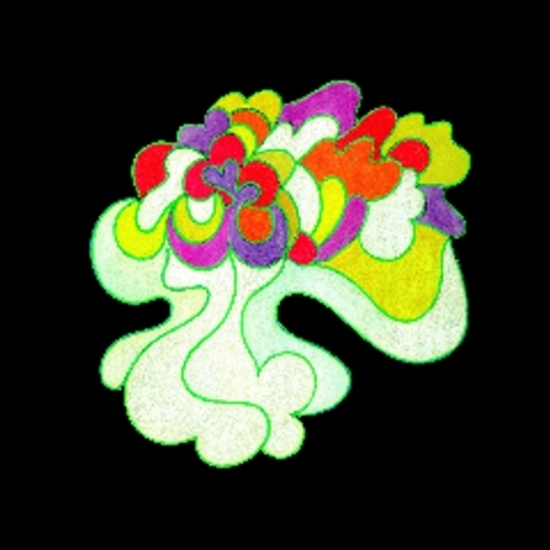 After meeting at a Stooges/MC5 concert, drummer Bob Thompson and guitarist Doug Snyder met one fine day in October 1972 in Thompson’s kitchen and bashed out this set of fiery improvisations, seemingly influenced as much by Iggy’s proto-punk moves as John Coltrane’s whole “sheets of sound” ethos; the result is a mythical frenzy of distorted guitar and improvised drums, creating walls of psychedelic noise; its sound is unparalleled for its time, preceding its closest kin, New York’s no-wave explosion, by a solid five years. And because of it’s lack of pretensions (it was done almost innocently), the record comes off as something, dare we say, a little more “spiritual” than is the norm for such excursions. It is a singular recording, one that mainlines the classic high energy pantheon of the Velvet Underground, Stooges, Pharaoh Sanders, Sonny Sharrock, etc. while anticipating the free jazz/noise/no wave synthesis of groups that would follow in their footsteps.

Thompson and Snyder get into some abstruse territory, with Snyder tearing industrial gamelan shapes from his six strings while Thompson uses the guts of his kit as the basis for new tonal alphabets. But it’s all rendered with a strong savage ethos that effortlessly equates monochord rock obliteration with the celestial freedom of Cecil Taylor/John Coltrane, et al., while establishing new territory as advanced as that attained by the most far-reaching visionaries of the rock ‘n’ roll blueprint… still hard to believe that this was recorded in 1972. A major historical unearthing, remastered from the original tapes, and beautifully packaged in a Stoughton paste-on mini-LP jacket, with an informative Obi/U-Card, and an extensive 20-page booklet of liner notes and photos. Produced in conjunction with Cantor Records, who recently made Daily Dance available on vinyl for the first time in 35 years. Includes one bonus track (not included on the LP reissue), which was intended for the original release, but left off at the last moment for time considerations.