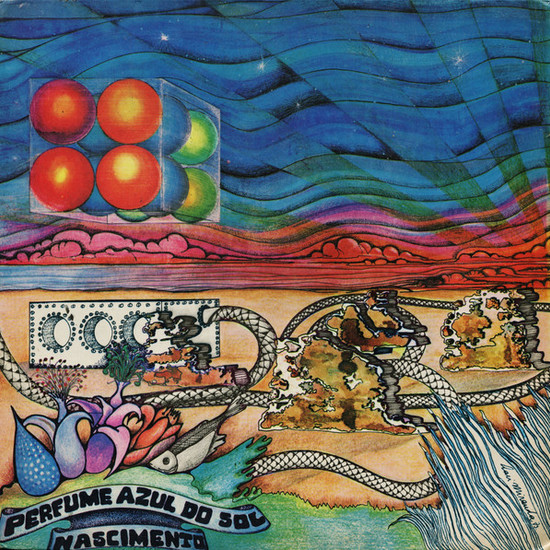 Recorded In 1974, São Paulo NASCIMENTO was the first and only album of the band Perfume Azul do Sol, mixing the talents of Pedro Baldanza (bass), Jean (guitar) and Gil (drums), the voice and piano of Ana Maria Guedes and the Nordestine influences of Benvindo (voice and guitar). Husband and wife Ana And Benvindo were the heart and soul of the album a brilliant songwriting team .. Benvindo seems to have come from Pernambuco and was well versed in the Baiao Northeastern rhythmic structures that gave birth to Forro and coco rhythms.. ON the album Ana’s melodies mix with Benvindo’s natural swing soaked in Baião, Forró, and psychedelia. The great Daniel Salinas helps out with the horn arrangements.

This was the only LP the band recorded … only 120 copies were made and given to close friends and relatives. . In the same year Ana And Benvindo split up … the band were finished. Ana who owned a lot of the compositions wouldn’t let the record be released . So the record was consigned to obscurity ….Ana,, preferred to leave the treasure buried , depriving the rest of the band of promised TV shows and success,.

IT WAS UNTIL THE PYSCH BRAZIL DIGGIN REVolution started in 2005 that the record started to get discovered. After the success of albums like Lula OCrtes pAbeiru brazilian diggers started to find a few copies of this lP …. a ..I only heard about this album when local legend and mr bongo Dj.. Gary Johnson picked up a copy.. Then my Friend Cris at Pedra Templo Animla records licensed it from the band a few years ago …It has long been a Floating points favorite ever since..

The whole album is a cascading psychedelic journey starting with the Opener “20,000 raios do sol”( 20,000 rays of sun) is seemingly a joyous wake you up track with hooky guitar lines Ana sings of drinking rain water with her lover and showering him with 20k of sunshine .

Then darkness arrives in "Deusa Sombria” a noodly piano line reverberates under death, circled by vampires and the moon . Ana was in a dark space when she made this album the tension filters through in this song .. was this the start of when it all went wrong. "O abracos do bail” is A dark homage to the baiao rhythm where we are metaphorically given a hug in the blood of the baiao .

THE B SIDE opens on a brighter note ITS carnival time in “Equilibrio" , a more upbeat homage to the great BAIAO rhythmic structure….

“Nascimento” the Title track draws us into the eye of the sun king “Cano Fundo” f again returns to darker elements lyrically taking us back to death and darkness…Did this album reflect Ana’s.state of mind …..throughout the album there is definitely a melancholia in her voice .

Where are they now: Pedro still plays and in other psych rock bands of the era like SOM NOSSO .. Ana plays piano and lives in SP ..Sadly Benvindo died of cancer in 2012. 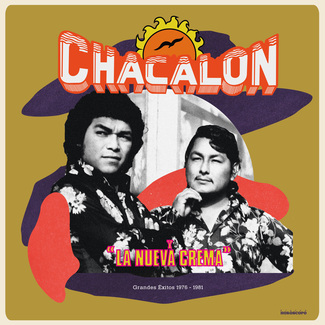