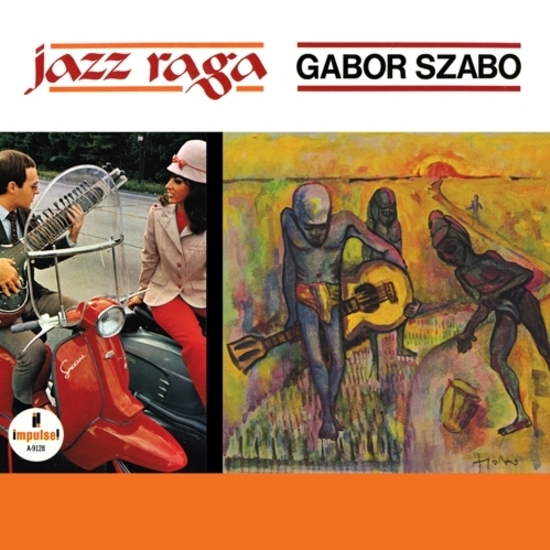 Gabor Szabo was a fearless innovator, and 1967’s Jazz Raga stands as a testament to his experimental brilliance. It is a record stuffed with myriad styles, a cross-section of global influences that include jazz, rock and psychedelic folk tinged with sitars, a Latin-influenced backbeat (courtesy of session drummer Bernard Purdie, whose play here is sterling), as well as traditional European sounds. It is a hypnotic blend, a rich musical fusion crafted by a master artisan. Szabo’s guitar work on Jazz Raga is among the best of his career, a sublime performance in which Szabo’s free runs, discordant chords and lilting solos produce a distinct, engrossing sound. From the blissed-out “Walking On Nails” to the sitar-heavy “Mizrab” to the inspired cover of “Paint It Black,” it is clear why Jazz Raga has, in the decades since its release, become an important and influential work for scores of musicians fortunate enough to come across its path.