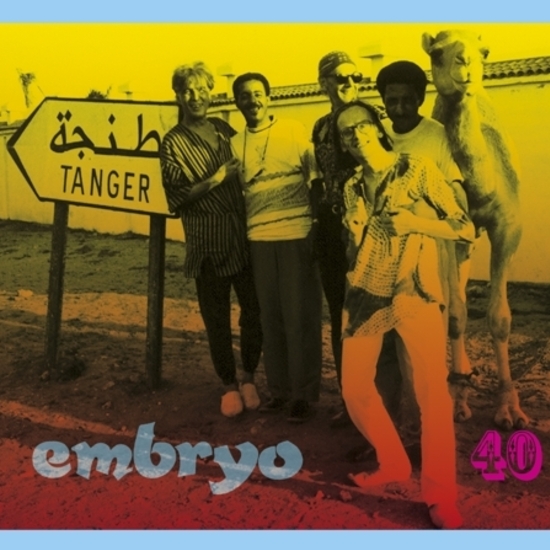 40 Years Of Embryo. Founded in 1969, Embryo was one of the first bands in Europe to combine rock with jazz. Later they emerged as pioneers of world music, embarking on long trips to the East and Africa, playing with local musicians. All of these experiences have influenced their free-floating, colourful, glowing music, which is always revitalizing itself with astonishing sounds and tunes. In the last four decades over 400 musicians have passed through the band, making Embryo a highly efficient alternative world music academy. This band from Munich has been in creative motion for 40 years now, driven by the tireless energy of its leader, Christian Burchard, without compromises, undeviating, still underground, still sub-culture, still “Rock In Opposition”. Lost recordings and almost forgotten out-takes are brought together on this compilation – direct from the massive archive of the Embryo mastermind, Christian Burchard.

In 28 tracks the eventful story of the band is documented – from the beginnings in 1967 as the Contemporary Trio and the Mal Waldron Quartet, to the current collaboration with No Neck Blues Band (NNCK) or Munich’s Alphorn-Kollektiv.