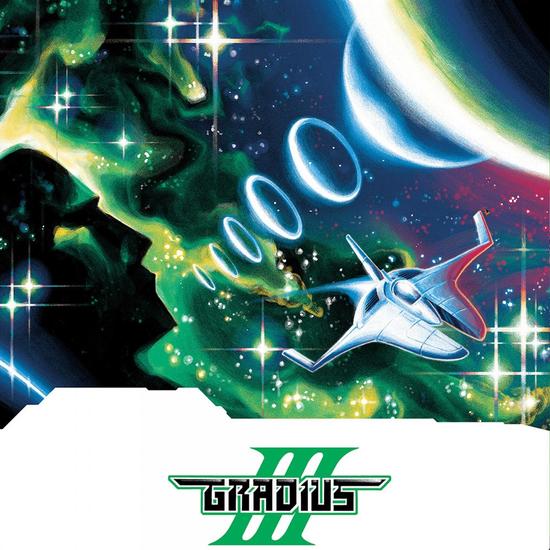 Description: Ship to Shore PhonoCo. is proud to present, for the first time on vinyl, the soundtrack to Konami’s classic shoot-em-up GRADIUS III. Now emboldened by new hardware by way of the newly released Super Nintendo Entertainment System, GRADIUS III represents the Konami Kukeiha Club first foray into 16-bit territory. Right of the gate, they proved that they were the masters of the form.

The A-Side of this record contains the original soundtrack to the Super Famicom/Super NES version of GRADIUS III. This rendition of the score features the sampling technology provided by the unique, Sony produced audio chip found in the Super Famicom. The B-Side contains the complete original soundtrack to the arcade version of GRADIUS III. Only released in Japan at the time, this version uses the FM Sythethis technology commonly used by arcade developers at the time.

Each version compliments the other quite nicely, and Ship to Shore encourages the listener to decide which is better. In the words of Retronauts’ Jeremy Parish, “Does the jittery mechanical intensity of the arcade arrangement feel more complete to you? Or do you prefer the slightly more laid-back richness created by the quirky Super NES sound chip? They’re both great, of course, but each one provides a meaningfully different listening experience – as you’re about to find out.”

Included with the album is a double sided insert, with one side featuring a close up of Ian Wilding’s cover artwork and the other side featuring liner notes from Retronauts’ Jeremy Parish.