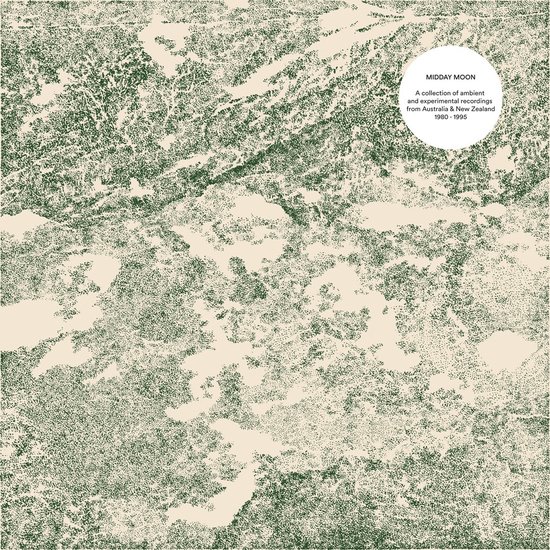 A collection of ambient and experimental recordings from Australia and New Zealand, 1980-1995.

Midday Moon is a survey of ambient and experimental music that emerged from Australia and New Zealand between 1980 and 1995. These recordings are sourced from a rich variety of micro-labels, private pressings, theatre soundtracks and artists’ personal archives.

Curated by Melbourne based DJ and archivalist, Sanpo Disco (a.k.a Rowan Mason), the collection delves deep into the world of outsider music that emerged in Australia and New Zealand in the latter half of the twentieth century, as synthesisers and early workstations began to enter the consumer marketplace.

The record is an odyssey in itself, a journey that takes listeners into the unsung world of Australian new age composers. There are stories abound within this volume, from the mysterious disappearance of Helen-Ripley Marshall after the release of her 1988 album ‘Green Chaos’, to the journey of American-born, Perth based blues/rock guitarist John Heussenstamm, who unexpectedly turned his finger to ‘ambient’ music in the late 80’s; and again from Melbourne based Ros Bandt, who made a series of recordings exploring the resonance of a hollow concrete cylinder 5 stories beneath busy Collins Street in Melbourne’s CBD, an excerpt of which is included here.