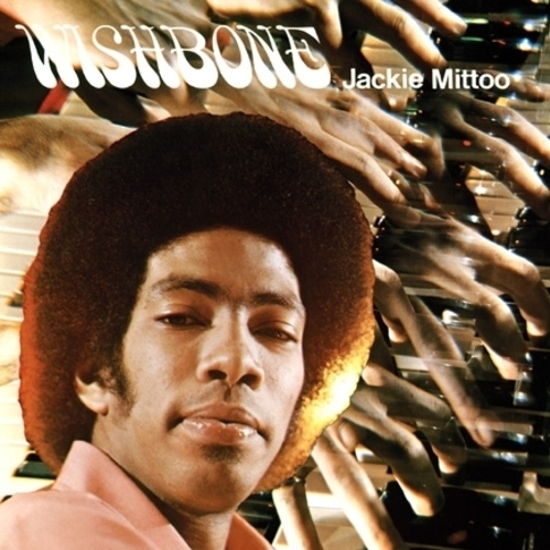 Black, bold, and beautiful, the joyous reissuing of Jackie Mittoo’s extra-rare Canadian debut Wishbone is the fourth and perhaps most anticipated release in Light In The Attic’s ongoing Jamaica to Toronto series.

Over the years many have paid tribute to the dynamic range and skills of the late, great Jackie Mittoo. From the emergence of ska right through to rocksteady and the boss sounds of reggae, he was front and center – a pivotal figure and a sharp move-maker. Even after relocating to Canada, a land not necessarily known for its funk factor, this Studio One veteran worked tirelessly to share his gift and spread the music of Jamaica to a wider audience.

In 1971, Mittoo gave a deep, warm hello kiss to his adopted nation. In 2006, we are proud to re-release this ambitious sure shot from the original two-track masters. Art direction is once again taken care of by the talented Vincent Cook (2STEP-Tokyo) and contains thoughtful design and immaculate presentation to match the soulful sounds within. Both CD and LP versions of Wishbone are also accompanied by an extensive essay from Jamaica-Toronto series producer, DJ, and Canadian music historian Kevin Howes (AKA Sipreano), making this release a visual and aural snapshot of an era long forgotten.

The album’s 12 songs reach far beyond the island rhythms of reggae and into the realms of stone cold soul, funk, gospel and R&B – an indication of the eclectic sounds that ruled the action-packed live music scene of Toronto in the day. Ranging from the entrancing Jamaica-meets-Santana vibe of “Grand Funk” to the undeniable percussive bounce of “Groovy Spirit” while “Soul Bird” sounds like an upbeat Jimmy Smith grinder, as the keyboard king takes us on an orchestral baroque/mod journey with the organ/harpsichord fueled “Steeple In The Snow”. Sweeping, ebullient Gospel-tinged Reggae comes courtesy of the vocal-strings-and tings “Love Of Life” and the cool rocksteady beat of the maestro’s “Mother Funk”.

As one of the first Jamaican-Canadian albums to hit the 70s marketplace, Wishbone was a pioneering move from a recent immigrant. Criminally undocumented and kept a sweet soul secret by record collectors until now, this is a primetime slice of Mittoo magic, available to all.

Meet Jackie and his reggae beat!