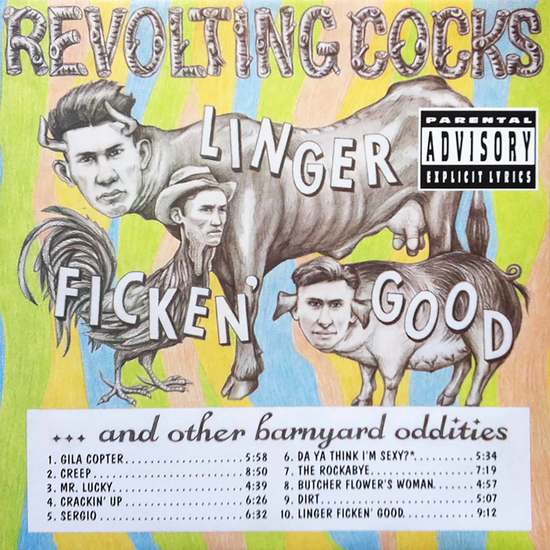 • First time this album is available on vinyl in the U.S.
• Out of print on vinyl for twenty five years
• Pressed on 180g color vinyl at Record Industry in the Netherlands and comes in a deluxe gatefold tip-on Stoughton sleeve
• Each 2LP set comes numbered and strictly limited based on pre-orders

Revolting Cocks are an American-Belgian alternative industrial rock band that began as a side project for Richard 23 of Front 242, Luc van Acker and Al Jourgensen of Ministry and was active between the years 1985 to 1993, then on and off between 2004 to present in various incarnations. RevCo was founded by Richard and Luc with Al as producer. According to Luc, the band took on their name after trying out “insulting French expressions” on a waiter in a Chicago bar, ordering something they said meant “revolting cock” which led the waiter to say “you are revolting cocks!”

Their debut release was “No Devotion” on Wax Trax! Records in 1985. The single was followed by the album, Big Sexy Land in 1986 which featured a mixture of industrial, hard rock and EBM with sampling and synthesized beats. Richard quit in 1986 and the group’s remaining two members were augmented by Chris Connelly (formerly of Finitribe, later of Ministry), Paul Barker and Bill Rieflin (both formerly of the Blackouts and at the time in Ministry), with various others appearing as contributors or guests. The following live album, You Goddamn Son of A Bitch (1988), marked the band’s live debut, featuring aggressive versions of the tracks from Big Sexy Land along with new material. This continued on Beers, Steers and Queers (1990), layering sample over sample and pushing the distortion.

Linger Ficken’ Good and Other Barnyard Oddities was released by Sire Records in 1993, with most of the music returning to the less layered material and having a comedic edge. Included on this album is a cover of Rod Stewart’s “Da Ya Think I’m Sexy?“ which was released as a single. A tour was planned to support the release but was cancelled and the band quietly came to an end. ROG is reissuing this classic industrial title that has been out of print on vinyl for 25 years and will be making its debut on wax in the USA! 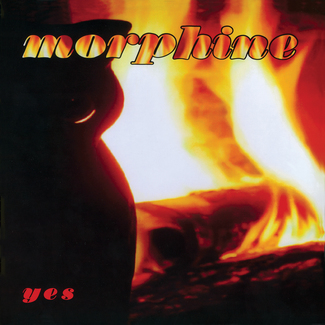