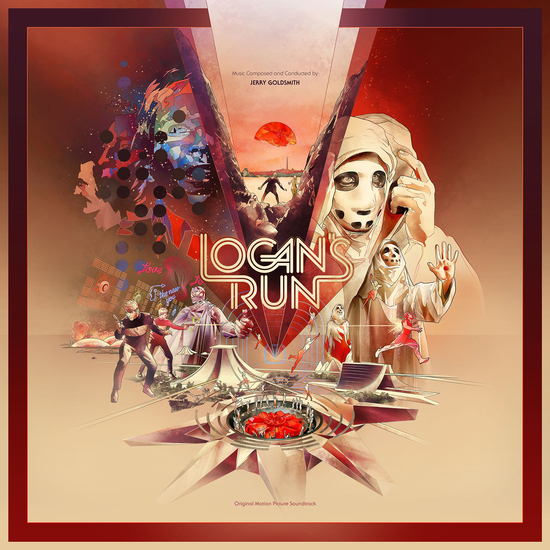 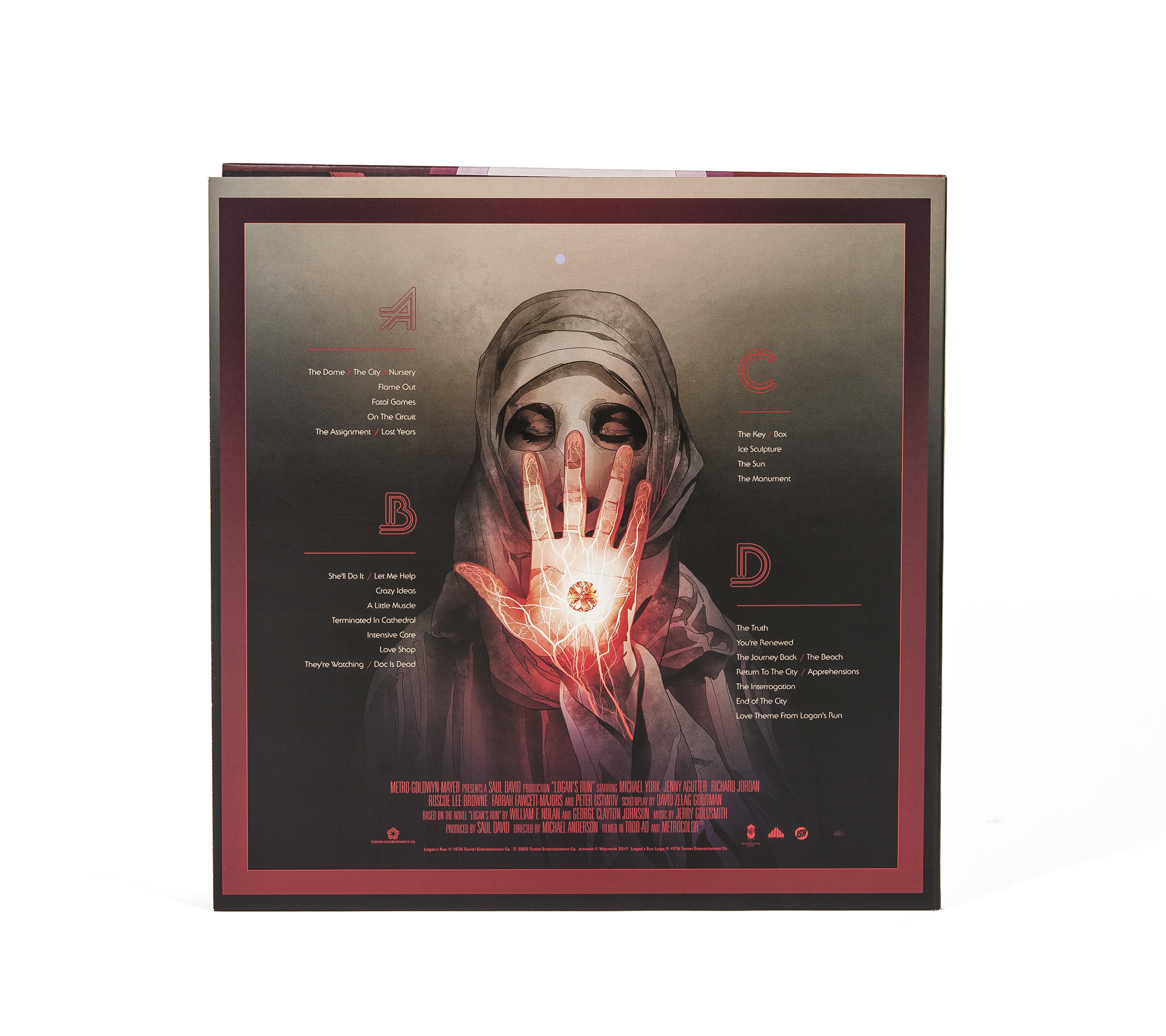 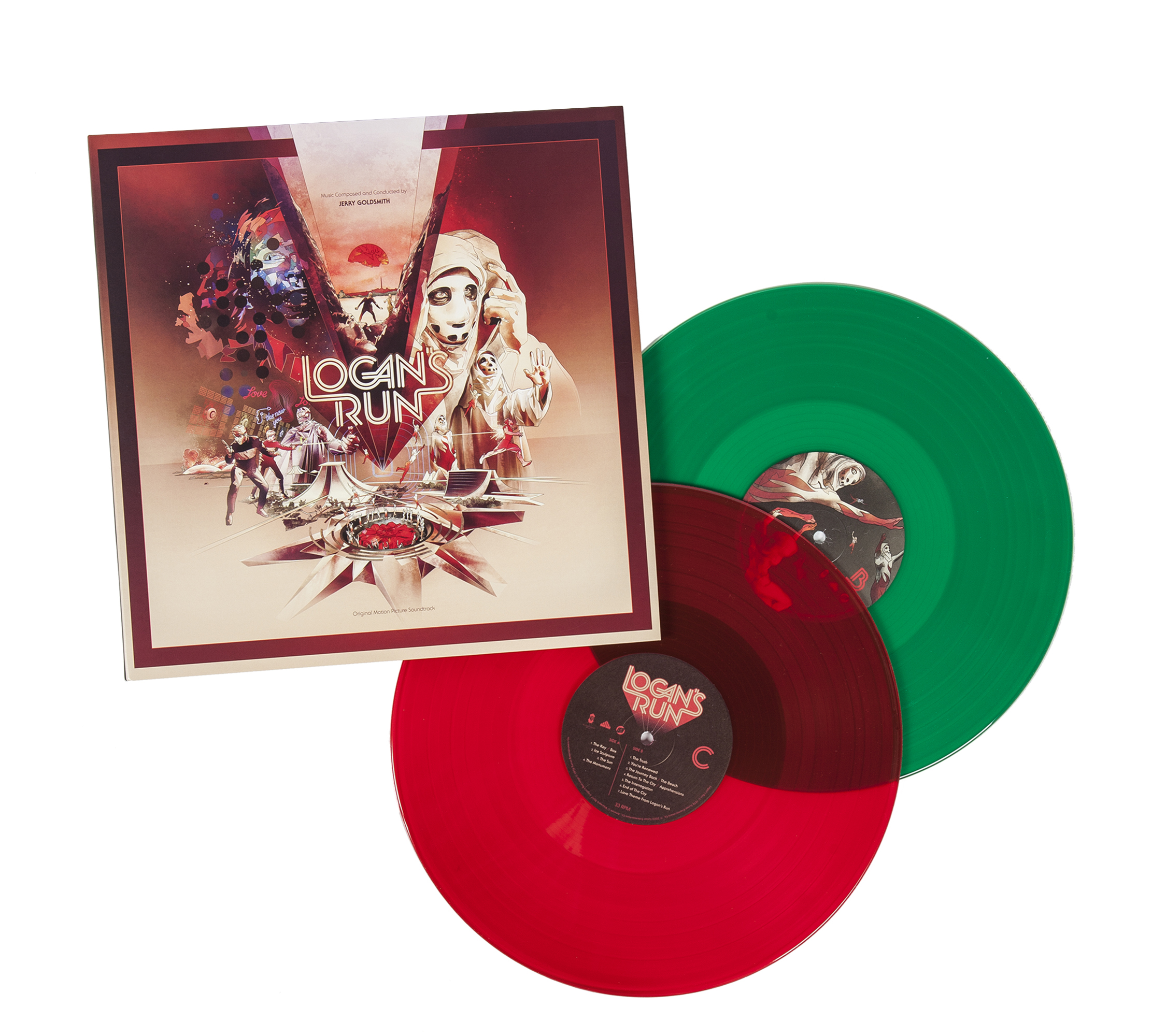 Logan’s Run is a 1976 Dystopian Science Fiction film starring Michael York, Jenny Agutter, and Farrah Fawcett that depicts a 23rd Century utopian society that beneath the surface kills everyone when they reach the age of 30. The story follows Logan 5, a “Sandman” who has been tasked with terminating those who have attempted to escape death (runners), and is now faced with termination himself as he approaches his 30th birthday.

The score by legendary composer Jerry Goldsmith (Alien, The Omen, Planet Of The Apes, The ‘Burbs) mixes electronic music and sound design by usage of early modular synthesizers with classic orchestral compositions to create a futuristic landscape. This new release marks the very first time the complete score by Goldsmith will be released on vinyl. 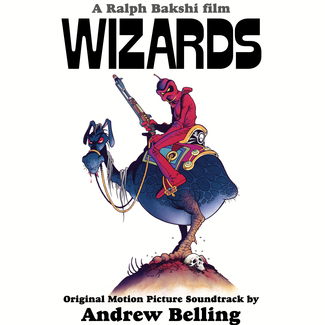 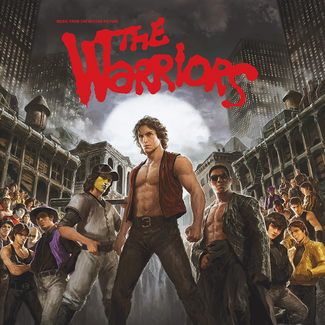 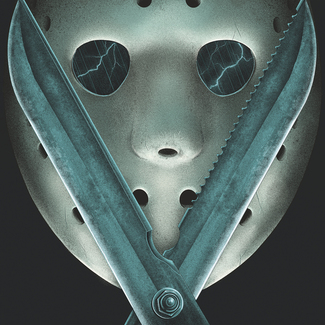