Voices & Rhythms Of The Creative Profile 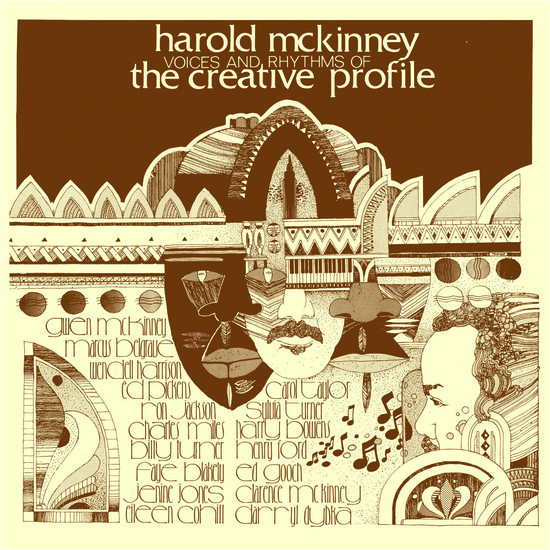 Voices & Rhythms Of The Creative Profile

One of the most righteous albums ever issued by the always-righteous Tribe Records label of Detroit – a really collective effort, one that features ensemble vocals and spiritual jazz – all pulled together by pianist Harold McKinney! The album showcases a group named Voices Of The Creative Profile – formed by McKinney to accompany his Creative Profile instrumental group – and the overall style is a great blend of spiritual soul jazz that gives equal time to the voices and instruments in the set. Gwen McKinney heads up the vocal ensemble, and other players on the set include Wendell Harrison on flute, Marcus Belgrave on trumpet, Billy Turner on percussion, and Ed Pickins on bass. Also features some cool moog from Darryl Dybka
(Dusty Groove, Inc.)

Harold McKinney was one of Detroit’s jazz legends as both an artist and as a cultural figure. His Voices and Rhythms of the Creative Profile was issued on the city’s cooperative independent Tribe label — which also boasted outings from Marcus Belgrave, Doug Hammond, Mixed Bag, Wendell Harrison, and Phil Ranelin — in 1974. McKinney’s approach to jazz in the 1970s may have been funky and electric, but it was also idiosyncratic and vocal. Harold and Gwen McKinney handle the lead vocals, while a backing chorus of seven helps out on other pieces. This is an adventurous set, and along with his deep, funky electric piano grooves is a killer alternately swinging and soulful horn section fueled by Harrison and Belgrave, drummer Ron Jackson, percussionists Charles Miles and Billy Turner, as well as bassist Ed Pickins and Daryl Dybka on Moog! The highlights of the set are the stunning “Out of These Blues” with McKinney’s Rhodes underscoring beautiful head and solo work by the horns, the stomping bop meets science fiction of “Corner Stone,” and fine covers of Eddie Harris’ “Freedom Jazz Dance” and Herbie Hancock’s “Dolphin Dance” (with a set of lyrics by McKinney). Voices and Rhythms of the Creative Profile walks many tightropes: between hard bop and soul-jazz, between vanguard jazz and fusion, and between swinging blues and raw adventure. It’s true that the vocals can be a bit excessive at times, especially on the opener, “Ode to Africa,” but they are more than compensated for by the phenomenal playing of the ensemble. Ultimately, this is a solid recording that embodies the entire spirit of the Detroit jazz scene at the time.
(Thom Jurek/AMG) 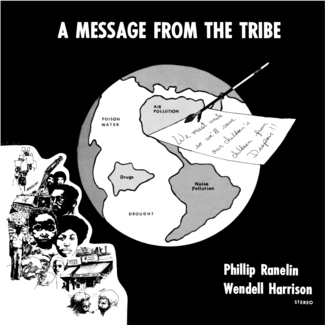 Wendell Harrison & Phillip Ranelin
A Message From The Tribe