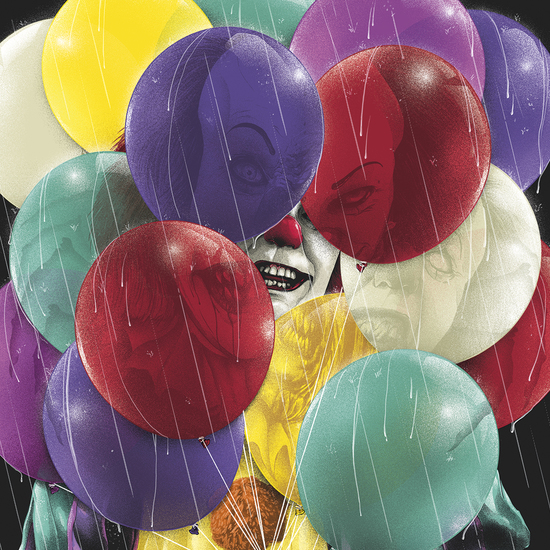 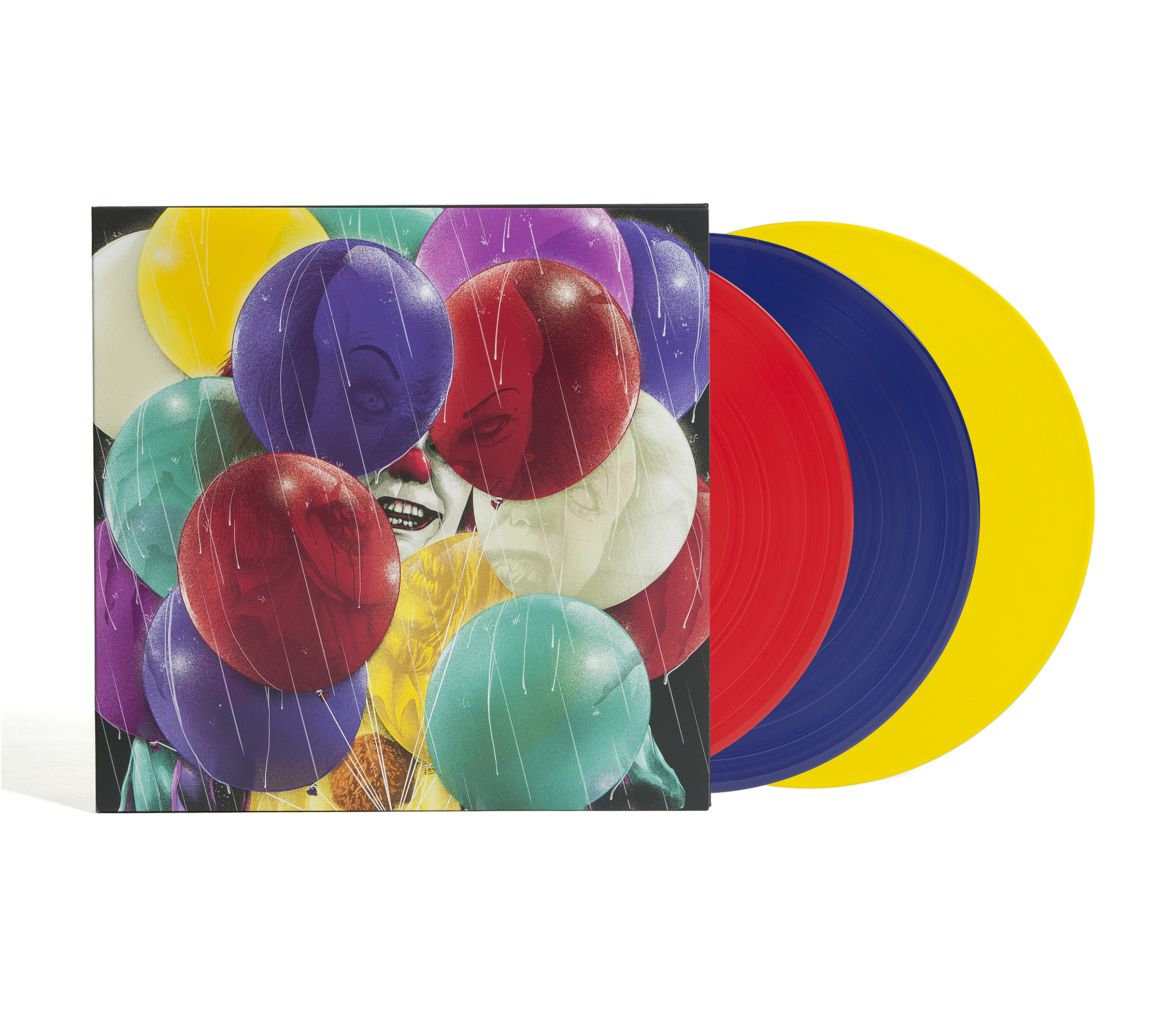 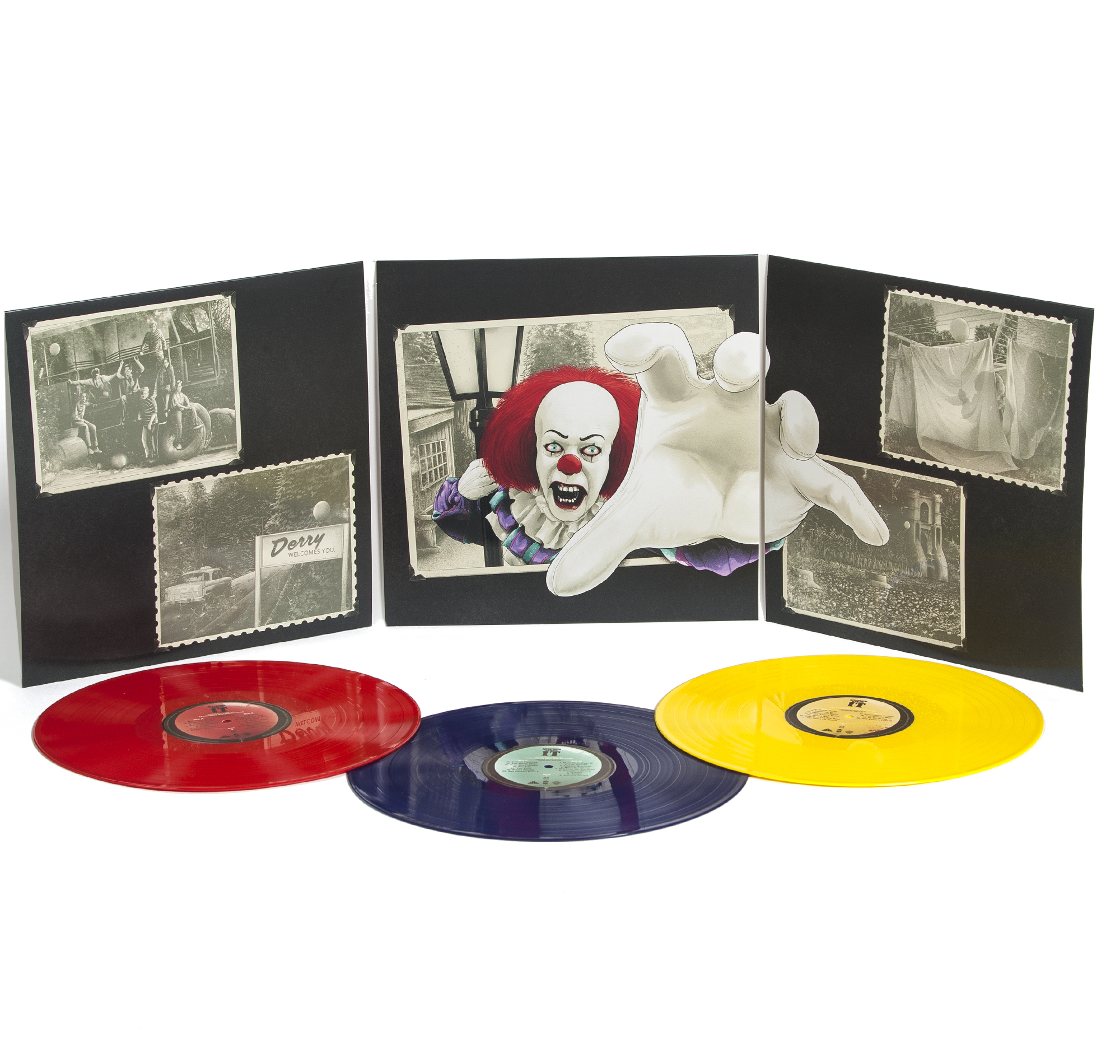 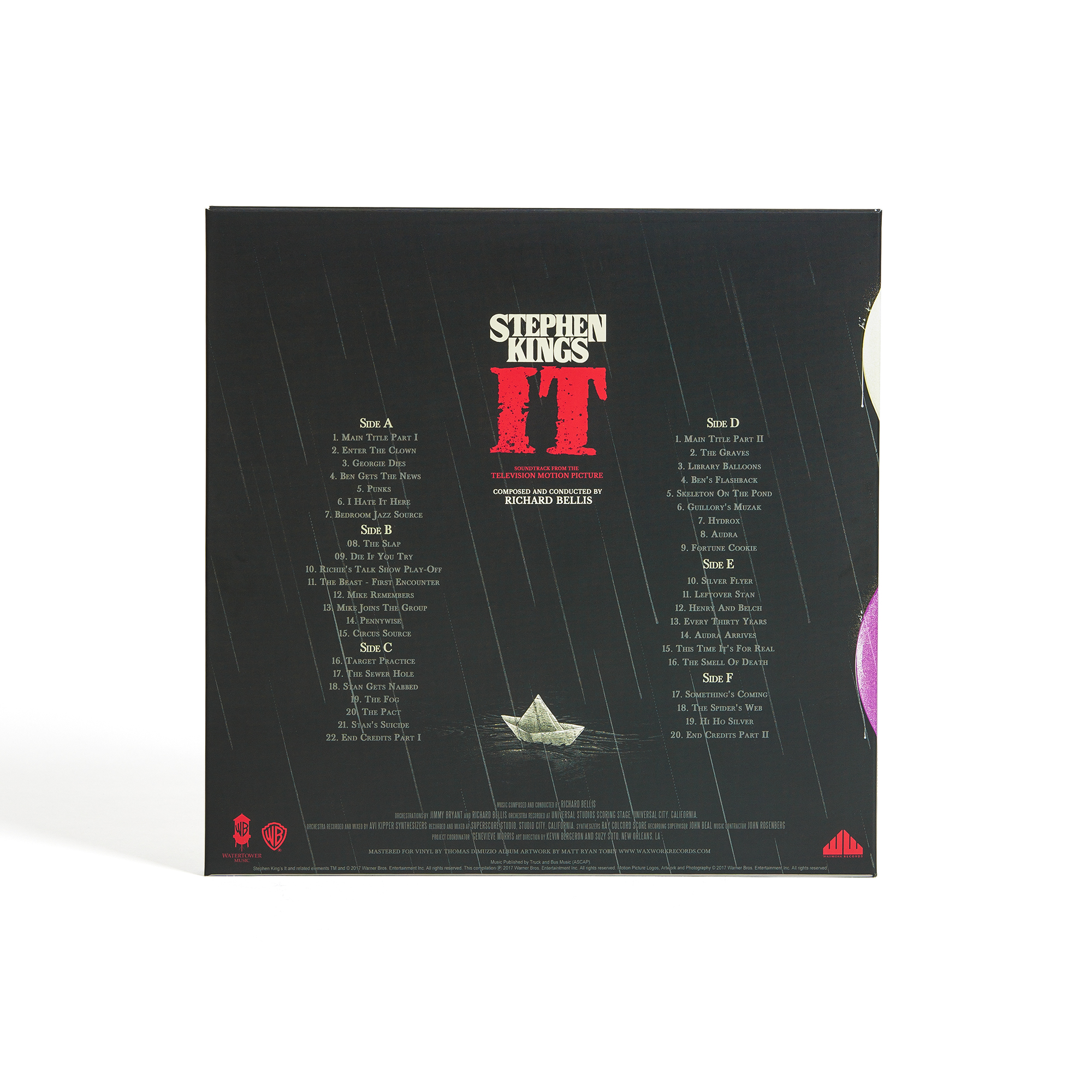 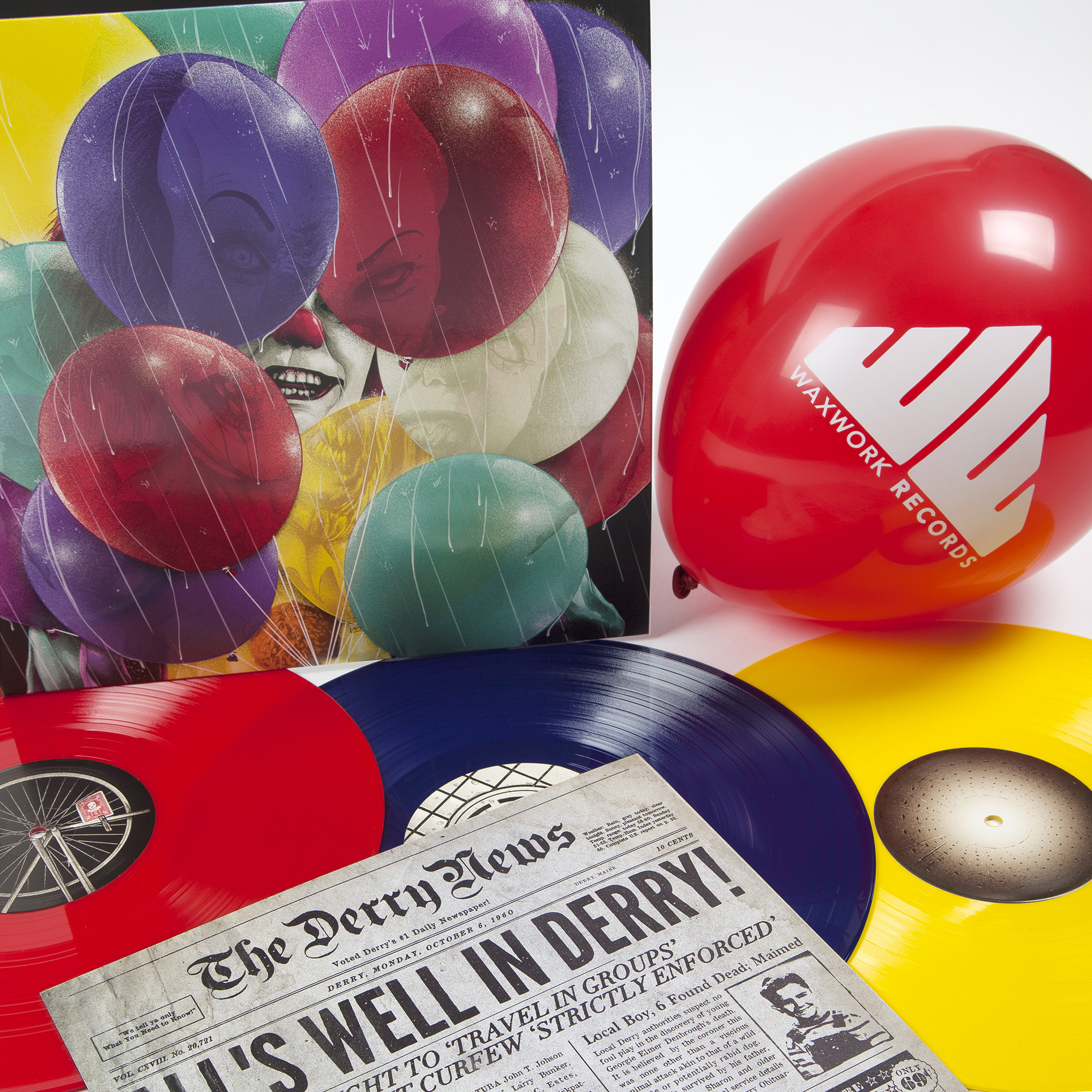 Waxwork Records is excited to present the deluxe debut vinyl release of STEPHEN KING’S IT Original Television Motion Picture Soundtrack. Over a year in the making, Waxwork has worked closely with Warner Bros., author Stephen King, and composer Richard Bellis to deliver a stunning triple LP set featuring the complete soundtrack from the original 1990 TV miniseries.

Stephen King’s IT 1990 TV movie is a film adaptation of the 1986 horror novel by the same title. The story follows the experiences of seven children known as “The Losers’ Club” as they are terrorized by an entity that exploits the fears and phobias of its victims to disguise itself while hunting its prey. “It” primarily appears in the human form of a sadistic, wisecracking clown by the name of Pennywise The Dancing Clown.

The expansive score by composer and conductor Richard Bellis features a range of classic orchestral cues and electronic music and sound effects by usage of synthesizers. Bellis won a Primetime Emmy Award for Outstanding Achievement in Music Composition for a mini-series for his work on the film. Waxwork Records is proud to include the complete soundtrack for the very first time on vinyl.