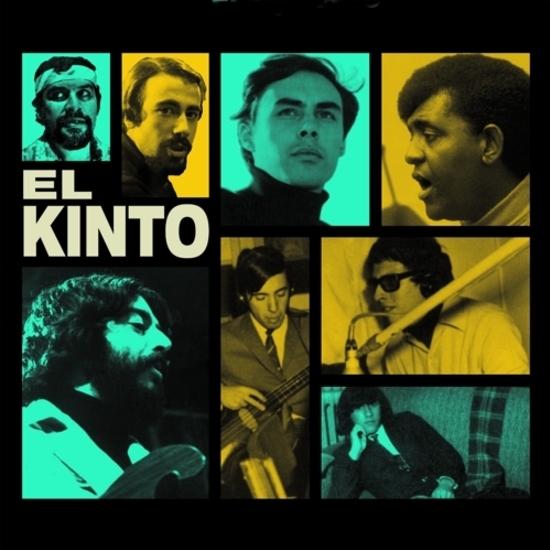 All twenty-two tracks by these Uruguayan legends, whose line-up includes members of Totem and Limonada, and features the compositional abilities of candombe legend Ruben Rada, and his alter-ego, poet/panhandler and acid casualty Eduardo Mateo. El Kinto began their brief but eventful life in music playing in the dark shadows at Orfeo Negro (Black Orpheus), a night club near the Portones de Carrasco in Montevideo, Uruguay. Inspired by the way the Tropicalistas like Os Mutantes were transforming the pop music of Brazil, El Kinto embraced their own native music forms—but, as always, they went a step further: yes, they integrated candombe and bossa nova into beat music, but they also added their own notion of “psicodelics.” They experimented with newness in all its variety—new sounds from their guitars, new types of vocal delivery, new ways of striking the drums (with little brooms, with gavels or with the hands), all very uncommon in rock music.

As one journalist noted in 1969, “El Kinto, directed by the brilliant Mateo, and amplified to the maximum… creates a frenzy of rhythmic music in which—with force and conviction—pure wave ‘beat’ is synthesized with the warmth of the African drums.” The result of the group’s tireless experiments is music which sounds fresh and engaging today. In a world dominated by the commercialization of everything—including (although it is difficult to comprehend)—the arts, all we can say is, thank god for El Kinto!

Special slip-case edition comes with an oversize 36-page full-blown booklet packed with photos, detailed band history, and lyrics for this most important of Uruguayan bands.