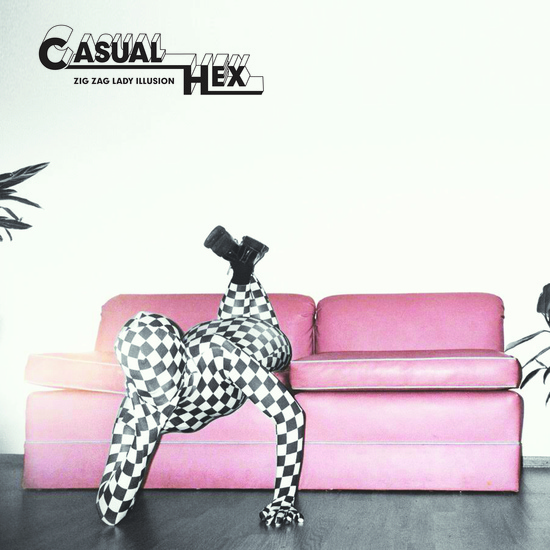 Casual Hex is a three-piece formed in Seattle, WA, in 2015. Drawing influence from a variety of genres (post-punk, no-wave, noise rock), The band relies on the contrast of heavy, catchy, minimal, and dissonant. It’s difficult to draw a direct lineage, but flashes of PYLON, THE CONTORTIONS or early SONIC YOUTH come to mind. Erica’s voice is a commanding narration, stern in delivery. Lyrical content is heady and cryptic, encouraging the listener to question human behavior and inspire positive change. Clocking in at 21 minutes, Zig Zag Lady Illusion is as much of a full length as you’re gonna get with most songs not even hitting the 2 minute mark. This is Casual Hex’s debut on Water Wing and their first effort to be pressed on vinyl.