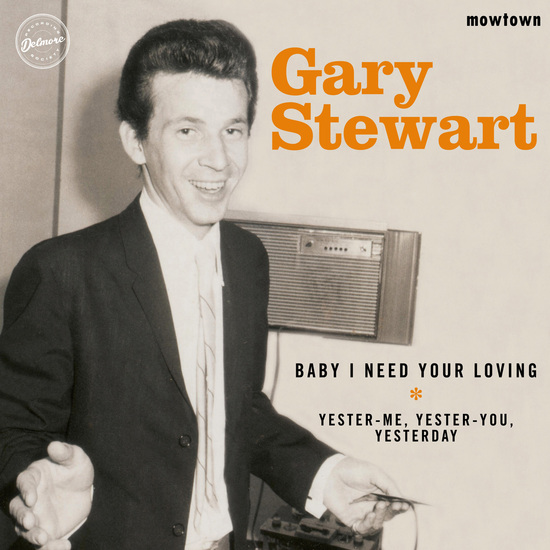 Five years before “She’s Acting Single (I’m Drinking Doubles)”, Gary Stewart was paid $30 to sing on a demo of Motown hits “country style”. The session was arranged by publishing lifer Henry Hurt on behalf of Jobete Music, who was hoping to interest country stars in their catalogue. The tape from that session was the most elusive of Gary’s previously unreleased recordings. Absolutely no one seemed to have a copy of the demo that blew the mind of record producer Roy Dea, sending him on a multi year crusade to get Gary a record deal and to produce his records. As Dea told the writer Jimmy McDonough in the Village Voice in 1988, while discussing that first exposure: “I never knew anyone who blew me away like Gary, an’ I seen Elvis, Hank Williams – all of ‘em. You get hooked on Stewart. He’s like a damn drug.” The legend of this recording has appeared in nearly every story written about Stewart, but the tapes were presumed lost. Recently discovered after a ten-year search, and released for the first time ever, Mowtown is an essential addition to your Gary Stewart jukebox. Record Store Day 2018 Exclusive!