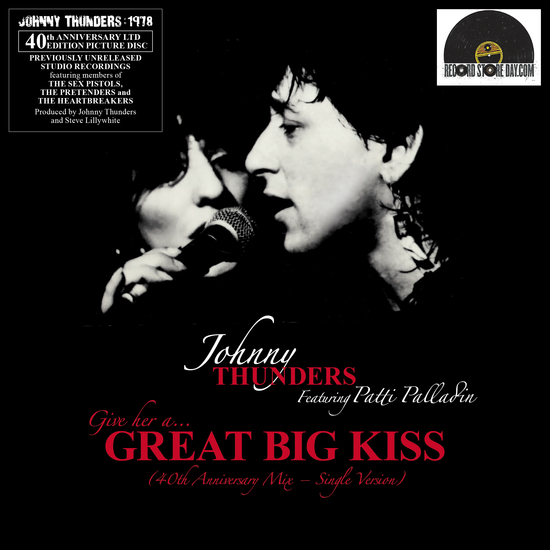 Although Johnny Thunders legacy remains underground, there are no end of ‘Best of..’ listed artists who name check the New York Doll / Heartbreaker as a major influence, which has outstripped any empirical chart statistic. Musically, his fertile and unparalled contributions were made in the 1970s, when his songs became a lifelong soundtrack for fans, and his emblematic guitar style bonded with his charisma and thrift couture to influence peers and generations thereafter. To celebrate the 40th Anniversary of his first solo album which he self proclaimed as the best album he ever made, Remarquable Records is releasing the latest in their Johnny Thunders releases, a previously unreleased mix of his cover of the Shangri-Las ‘(Give Him A) Great Big Kiss’ featuring Steve Jones & Paul Cook (Sex Pistols); Walter Lure & Billy Rath (Heartbreakers); John ‘Irish’ Earle (Thin Lizzy); Chrissie Hynde & Patti Palladin. Recorded during his stay in London in the Spring of 1978 it was co-produced by Steve Lillywhite. This release also tips a hat to the songs writer George ‘Shadow’ Morton who died five years ago (14Feb13) and who also produced Thunders for the New York Dolls ‘Too Much Too Soon’ album. It is backed with a full length instrumental of the track. 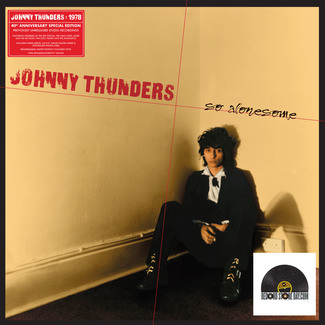