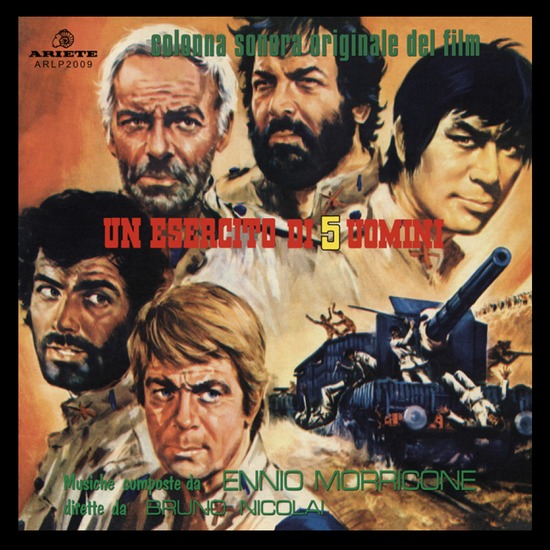 “Un esercito di 5 uomini” (The Five Men Army) is a western movie directed by Italo Zingarelli in 1969, dating back to the golden age of the so-called Italian ‘spagetti western’ genre; among the protagonists we find a Bud Spencer whose popularity would have dramatically increase only the following year, thanks to the legendary “Lo chiamavano Trinità…”.

The soundtrack has been composed by Ennio Morricone and directed by his historic companion Bruno Nicolai, and sees the participation of I Cantori Moderni by Alessandro Alessandroni on vocals and choirs; therefore, it’s a soundtrack of superb quality, and also very varied in its eight tracks, among which stand out the remarkable “Una corsa disperata” and “Contro il tempo”, full of epic and tension.

Originally released in conjunction with the film, this OST was only reissued on vinyl in 1977, and therefore it hasn’t been given for over forty years a – more than deserved – reissue, like this one on VM label. 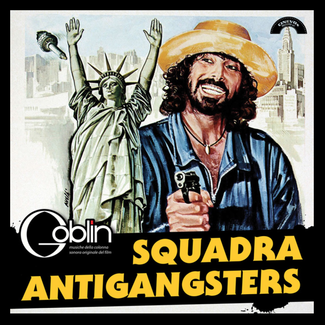 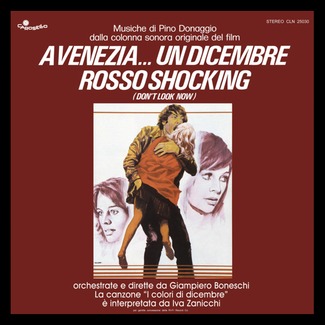