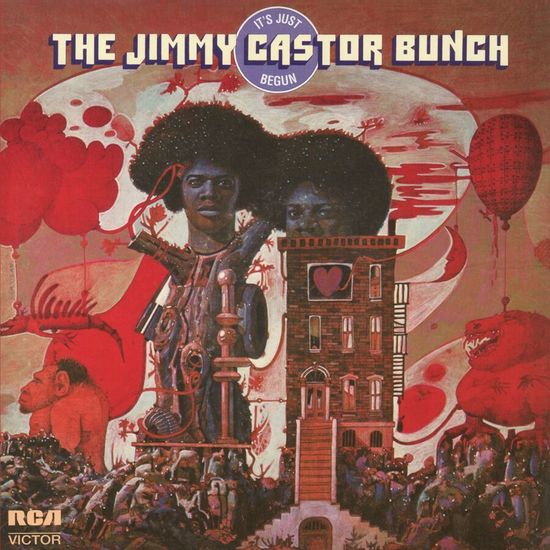 The Jimmy Castor Bunch was an extraordinary 1970s American Soul-Funk outfit led by multi-instrumentalist James Walter Castor. The group reached the peak of their success in 1972 with the release of the ‘IT’S JUST BEGUN’ album.

‘It’s Just Begun’ became a DJ favorite and has been heavily covered, used in films and sampled extensively by various major players in the hip-hop & dance scene. Notable acts using samples from the album include Pharrell, Grandmaster Flash, Jamiroquai, Eric B. & Rakim, De La Soul, Jungle Brothers, Ice-T, 2 Live Crew, Mos Def, Bloodhound Gang, The Prodigy, The Rock Steady Crew and even James Brown! ‘It’s Just Begun’ also contains the track ‘Troglodyte (Cave Man)’ which became a big hit in the US, peaking at #6 on the Billboard Hot 100. The track stayed in the charts for 14 weeks and was a million seller that went on to receive a gold disc award.

All of the above is no coincidence, we’re talking about an exceptional album here, its success comes from an effective and distinctive mix of funk, pop hooks, social commentary and gonzo comedy. The group knocks out a relentless stream of thick funky grooves and tackles everything from morality to philosophy. ‘It’s Just Begun’ is littered with heavy vamping funk grooves, powered by growling fuzz baselines, Hendrix-inspired guitar work and Castor’s trademark use of Afro-Latin rhythms. ‘It’s Just Begun’ is an important and influential release and well worth a listen for anyone interested in the roots of 1970s funk.

After being plagued by unauthorized reissues over the last two decades, we are proud to announce the official reissue of this rare & out of print record. Available as a limited color vinyl edition (2000 copies) featuring the original Corrigan artwork & liner notes from Al Roberts. Released exclusively for Record Store Day 2018, available in participating record stores on 4/21.