It'll All Work Out In Boomland 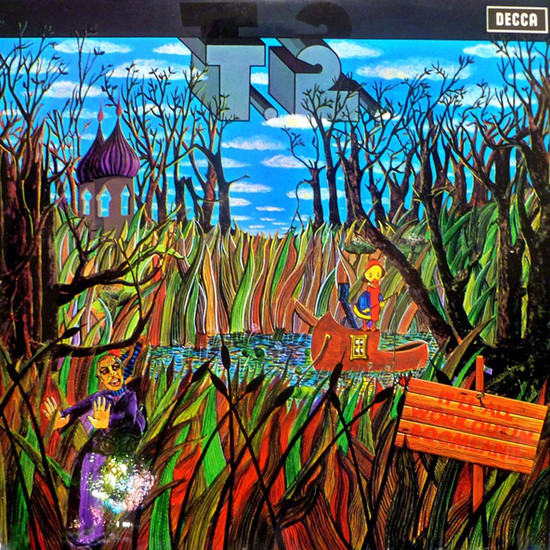 It'll All Work Out In Boomland

The rise of power trio T2 in 1970 was rapid: important open-air festivals; headlining residencies at the Marquee Club; appearances at virtually every major venue in London. Then their debut album was released; they seemed poised for a breakthrough. As the band recalled, they were playing the Marquee club, with John Lennon and Jimi Hendrix hanging out backstage, which was all to the good. But people were coming forward saying, ‘we can’t find your album anywhere.’ In short order, the band fell apart. Still, their sole Decca album has become well established as an all-time classic amongst progressive and psychedelic music collectors—even the techno and DJ crowds. The fact that it has done so without hype is a testament to the innate quality of the music. The album is packed with melodic acoustic passages and frenzied fuzz guitar workouts, not to mention acid-trip induced lyrical and musical content. At the epicenter is the incredibly deft drumming of vocalist Peter Dunton (Neon Pearl, Please, the Flies), who rides the shifting sands of the trio’s dense playing with ease and dexterity. By album’s end, you’ve been lulled by the band’s soft side, and pummeled by their heavy side. Equal parts amazingly controlled prog, at other times the heaviest damn stuff anyone had heard c. 1970, this is truly a perfect record.