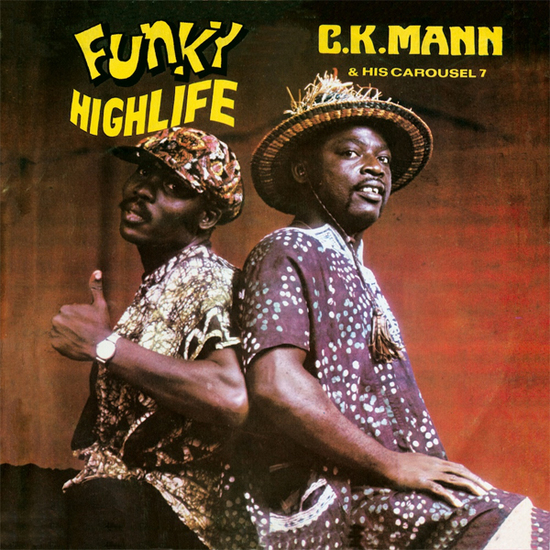 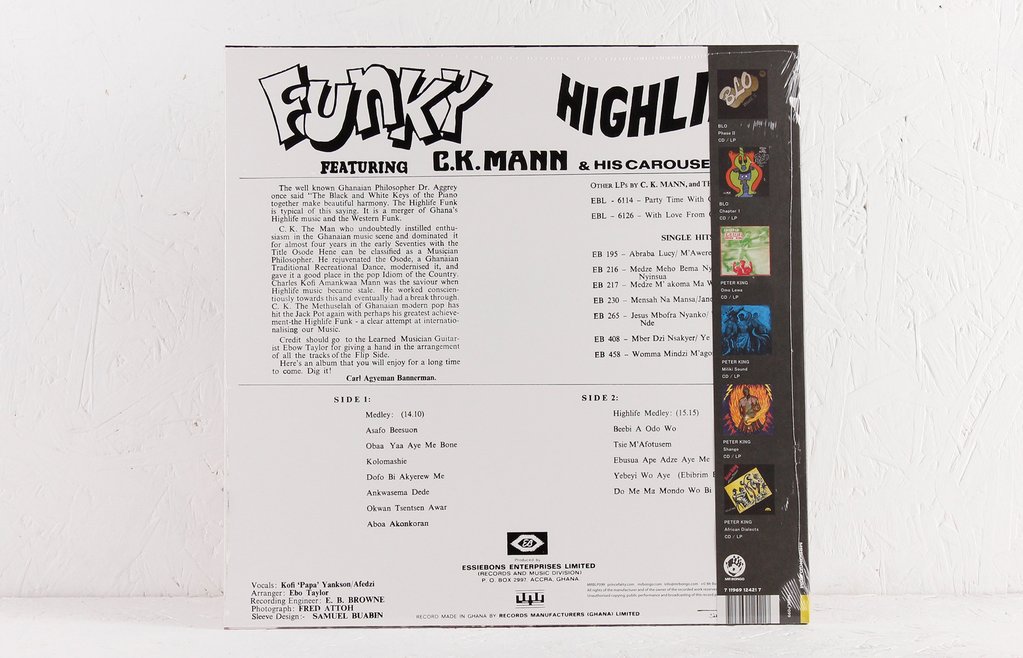 C.K. Mann made his name as a virtuous guitar player in Ghana when he played with Moses Kweku Oppong in the Kakaikus Guitar Band in the early 60s. He then became the leader of the band Ocean’s Strings until 1966. In 1968, he enjoyed a hit with the single ‘Edina Benya’.

‘Funky Highlife’ came out of the Essiebons label run by Dick Essilfe Bondzie. According to Dick, this album could have been a massive hit in Ghana but the vinyl factories ran out of stock because of Ghana’s economic downturn, so the demand for the record could not be met. The album is a fusion of highlife and soul. The best-known track ‘Asafo beesuon’ is a multi-layered, drum heavy, funk medley and is over 13 minutes long.

In the late 90s hip hop producers started hearing about Afrobeat through the sounds of Fela Kuti. Steinski, one of the most influential early producers in hip hop, sampled Asafo Beesoun and suddenly all the hip hop collectors wanted a copy. Hence, the original LP is a hard-to-find and sought-after collectors item. 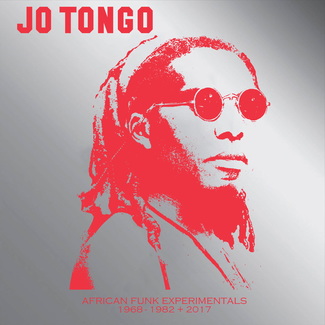 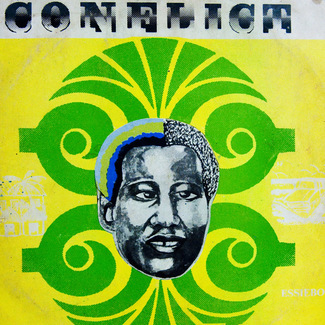