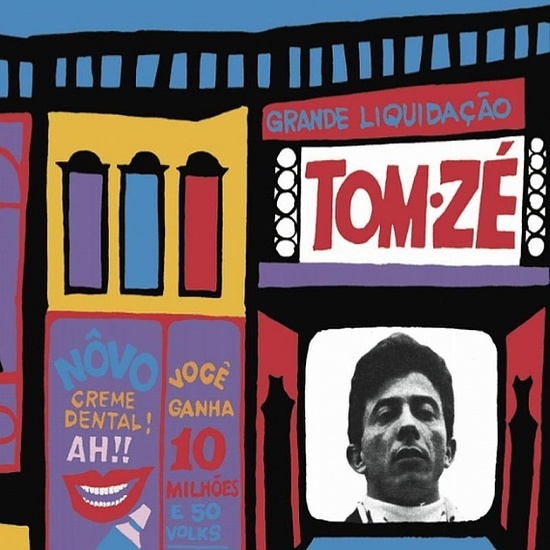 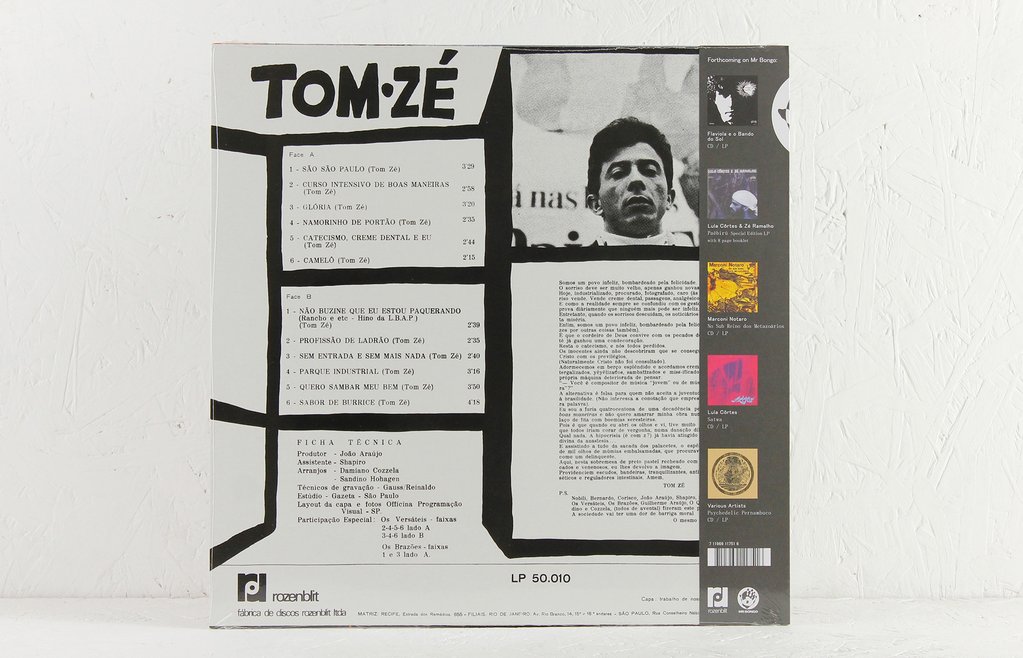 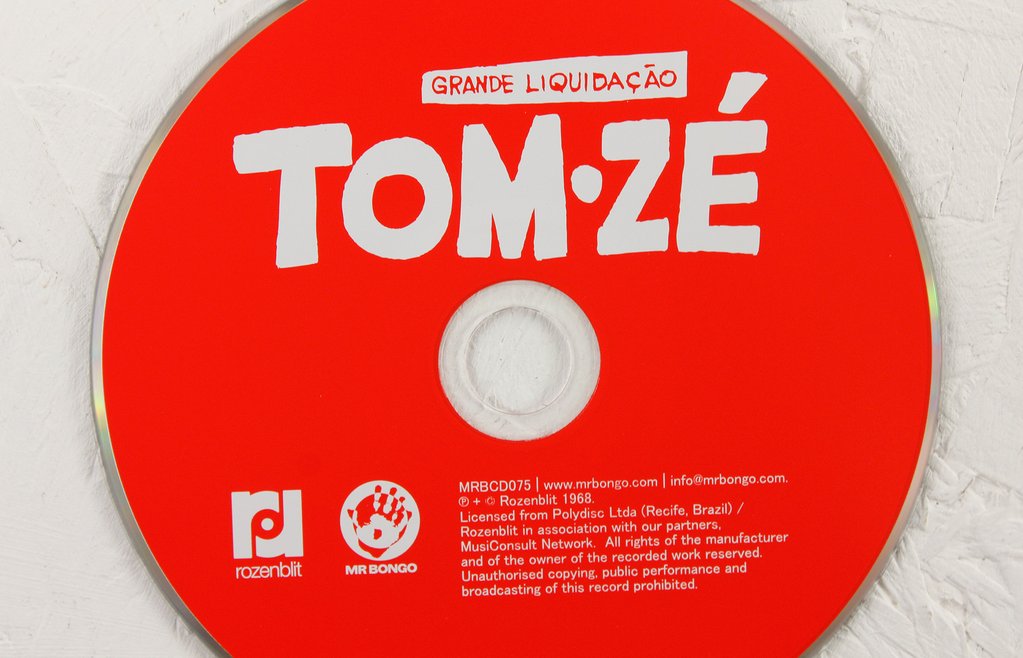 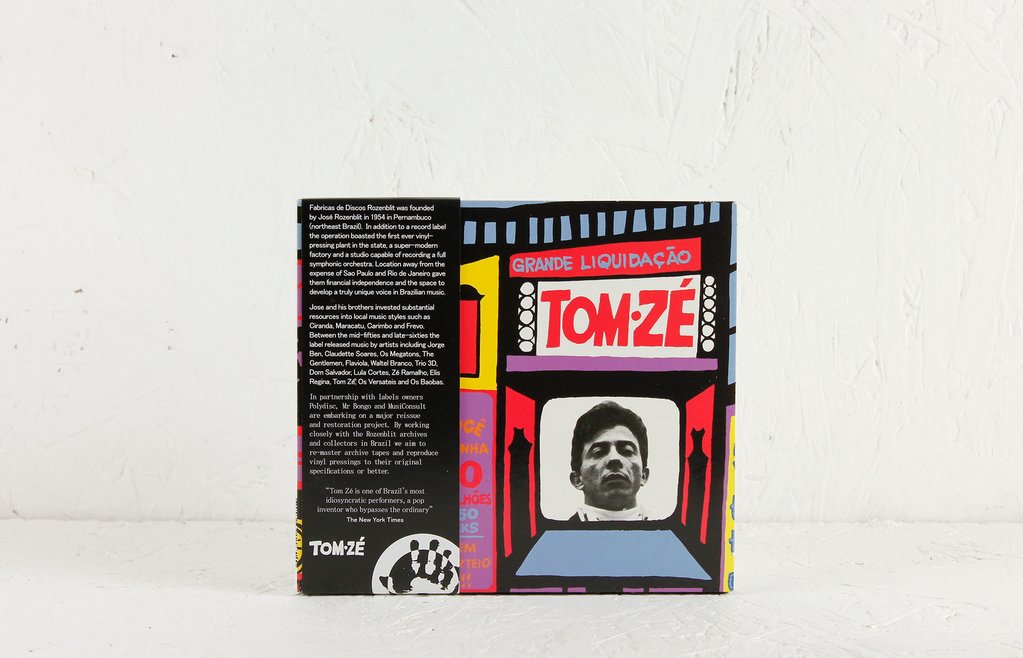 In 1968 Tom Zé; moved from Salvador Bahia to Sao Paulo where he hung out and wrote with his friends Gilberto Gil and Caetano Veloso. Although initially part of theTropicalia movement, Zé was so independent he was determined to forge his own musical path. He started by recording Grande Liquidacao, a hyperactive pop album backed up by two incredible psychedelic rockbands: Os Brazoes and Os Versateis.

Tom Zé’s material on this album includes traditional Brazilian Tropicalia laced with crazy vocal melodies and samples a multitude of genres from funk to psychedelic rock and bossa nova creating in the process a sort of unheard pop exotica. This is especially apparent on the track “Gloria” with its changing tempos, bubbling instrumentation and off-the-wall harmonies. The pace of the album, considering it was the 60’s, is brutal so Zé takes a break between songs to address the listener before resuming his zigzag trajectory. The album also includes the fantastic “Parque Industrial” which was later recorded by Gal Costa, Gilberto Gil and Caetano Veloso on the Tropicalia: Panis et Circenses album. 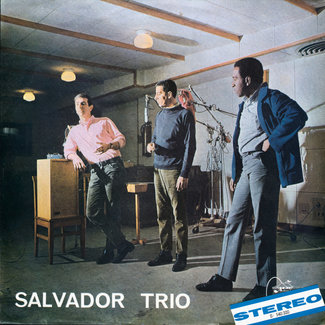