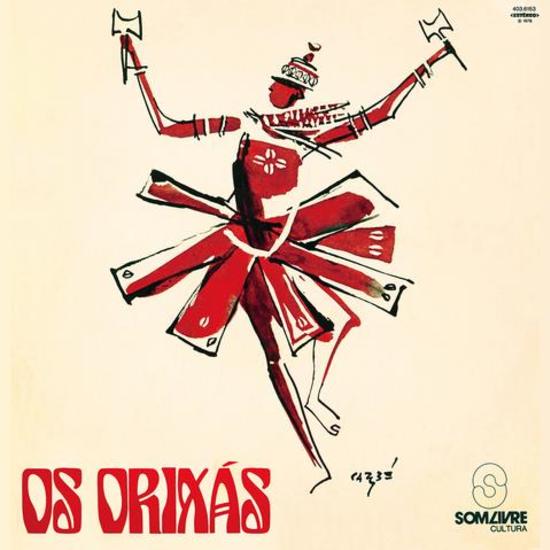 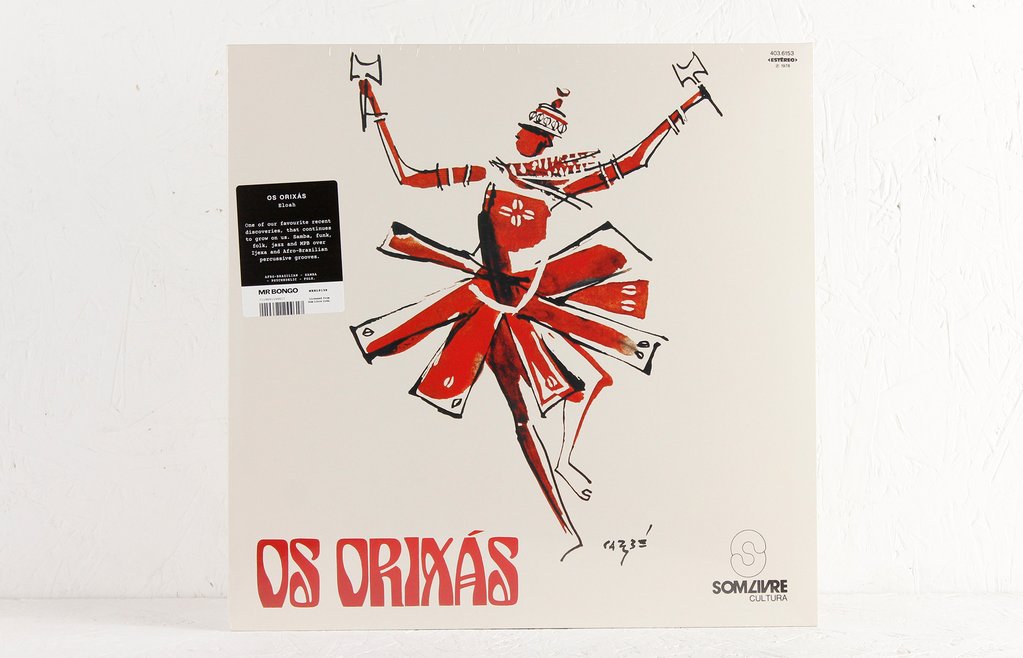 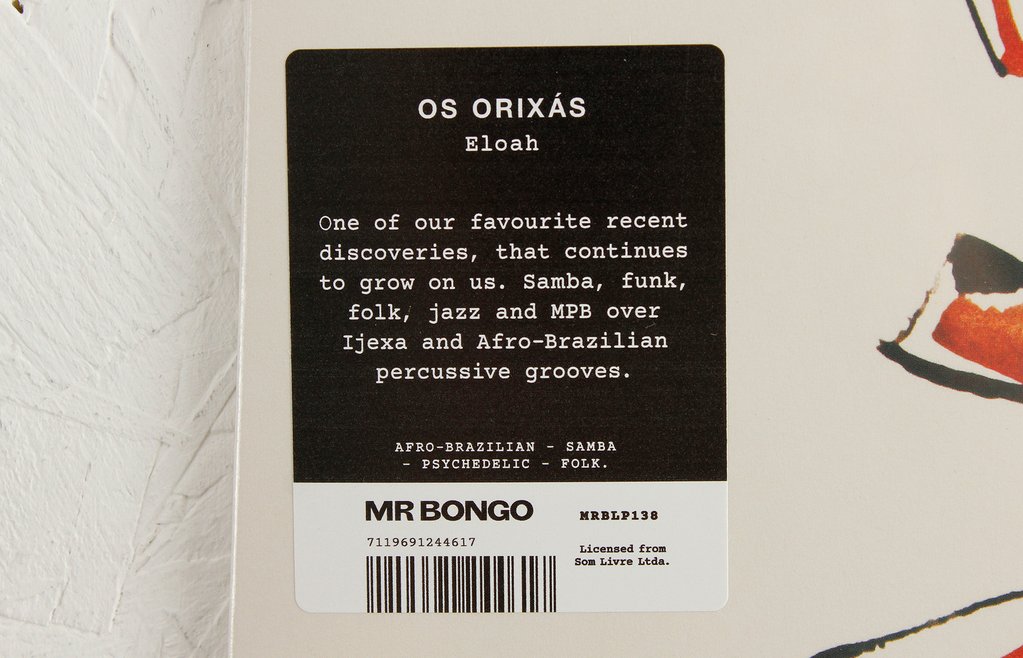 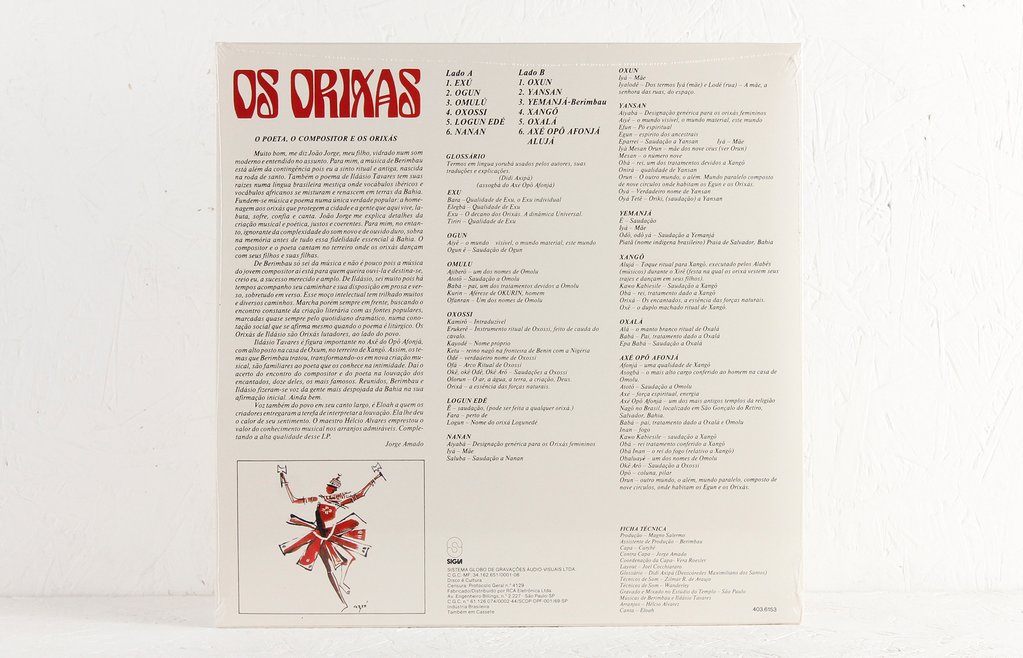 ‘Os Orixas’ is rich in layered percussion, horns and guitars. Singer Eloah’s lead vocals are reminiscent of the likes of Ellen McIlwaine, Elza Soares and Joyce. Samba, funk, folk, jazz and MPB over ijexa and African grooves, that combine beautifully across the moods. Os Orixas refers to one of the manifestations of the ’supreme God’ in the Yoruba faith.

The songs were written by Luis Berimbau, assisted by Ildásio Tavares. Berimbau was a very influential multi instrumentalist, poet, writer and composer from Bahia, Brazil. He produced the wonderful folk/psychedelic rock group Perfume Azul Do Sol’s ‘Nascimento’ LP amongst many others.

Tavares was an author, composer and poet from Salvador, Bahia. As a composer, he worked with many artists including Vinicius de Moraes, Maria Bethania, Alcyone, Toquinho, Nelson Gonçalves and Maria Creuza. Many of his poetic works were published, and he even penned Afro-Brazilian opera entitled ‘Lydia’s Oshun’. 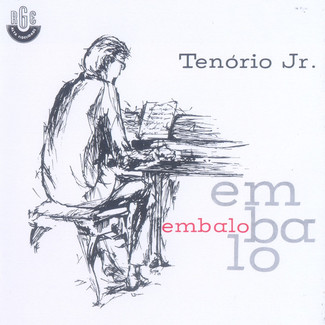