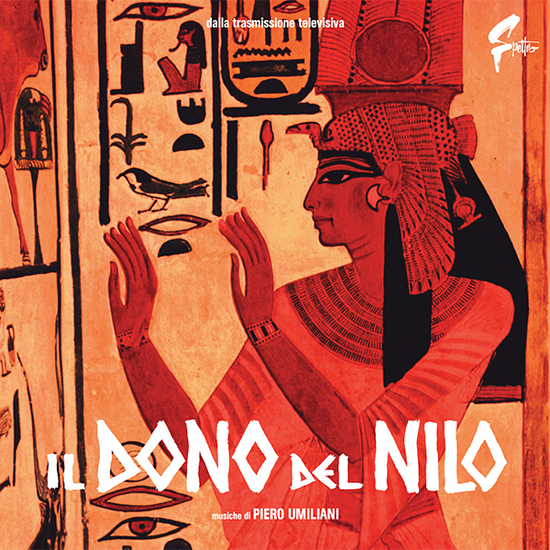 Piero Umiliani writes music for the Rai TV documentary produced by Gigi Martello and Lionello Torossi for Fremantle Italiana in 1964 titled “Il Dono del Nilo”, directed by Corrado Sofia, with whom the Florentine musician will collaborate several times for television tuning. Originally printed by CAM on LP and 7" “The Gift of he Nile / Arab Market”, both very rare and sought after, contain exotic flavors and world-easy listening. These sessions were recorded made in Rome in September of 1964 with the orchestra directed by Umiliani himself and the participation of singer Tawfik Yussr