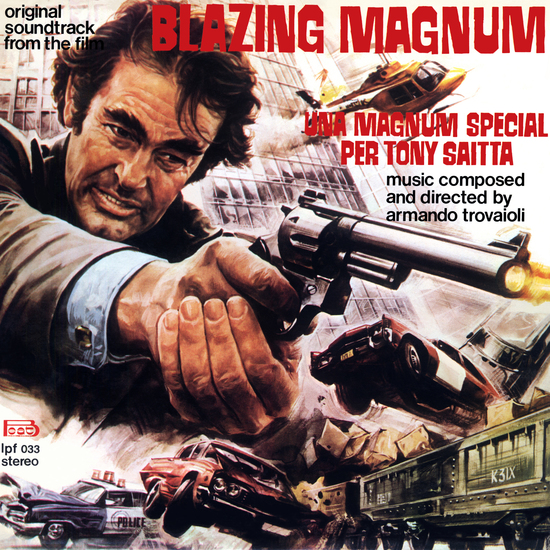 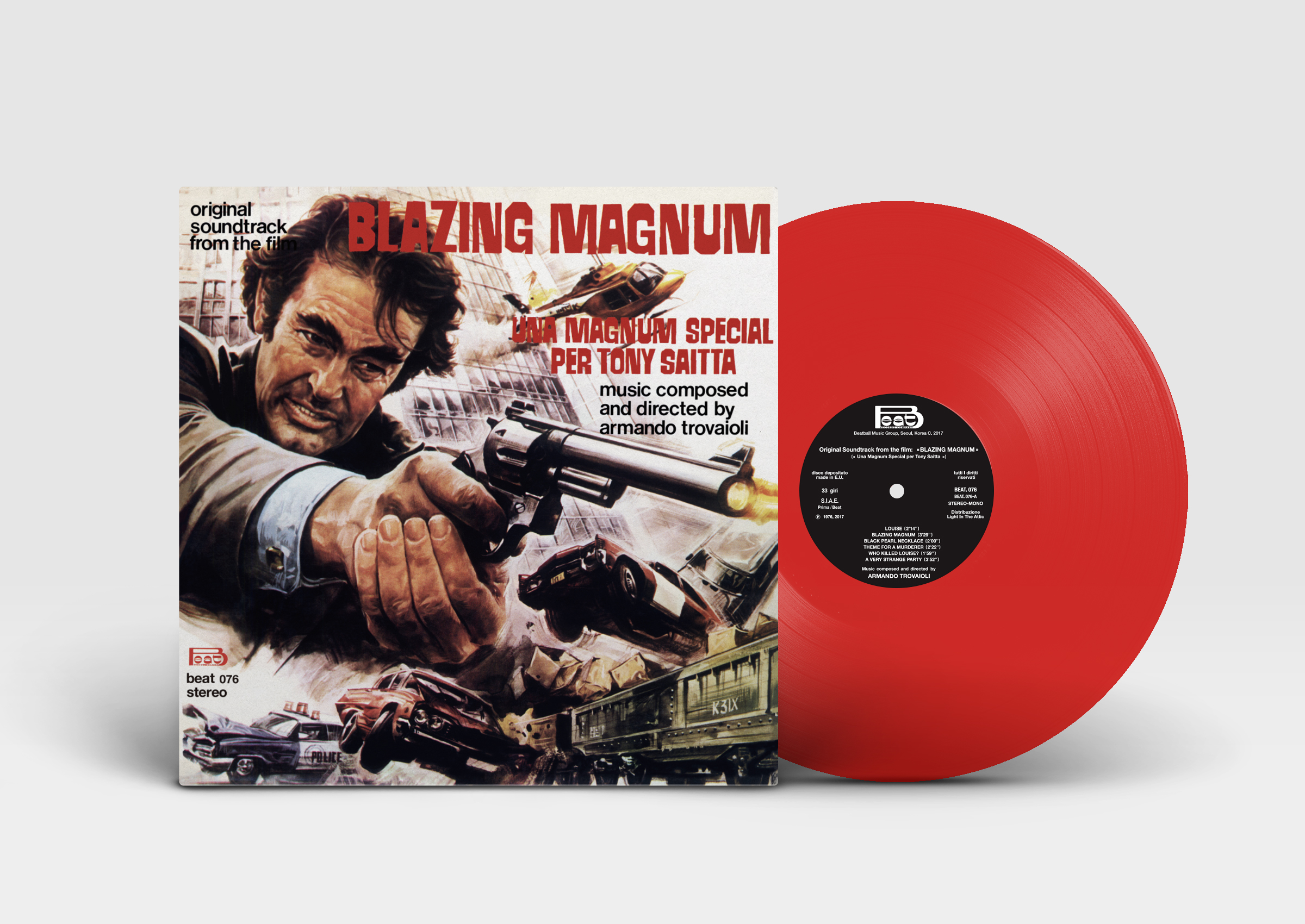 Una Magnum Special Per Tony Saitta (aka. Blazing Magnum: Strange Shadows In An Empty Room)> is a cop movie directed in year 1976 by Alberto De Martino and starring Stuart Whitman, Martin Landau, Tisa Farrow, and Gayle Hunnicutt. It was co-produced by Italy and Canada. An Ottawa police captain searches for the person who poisoned his sister, who was attending the university in Montreal. Later on, he desperately starts to use his own brutal methods to find the killer, but the truth turns out to be something different than what he had expected.

Trovajoli has composed and conducted a score that elegantly occupies a place of all respect in the Cops/Giallo movies’ scoring. The score alternates between action-driven funky music to nostalgic/romantic music in a reflection of the two dimensions of the protagonist: his cop job full of tasks and his private life full of sadness, but he becomes the superhero of the story by taking vengeance against those who hurt him by killing his beloved sister, and ultimately discovering the unexpected truth. For this vinyl album the original record master in stereo sound was used, restored and remastered to the highest quality. More or less the music in the movie is featured on this album, prepared for release by the composer himself for a very fine listening experience. Enjoy a half-hour with Armando Trovajoli and his cool sound! 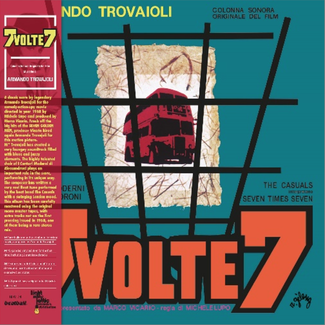