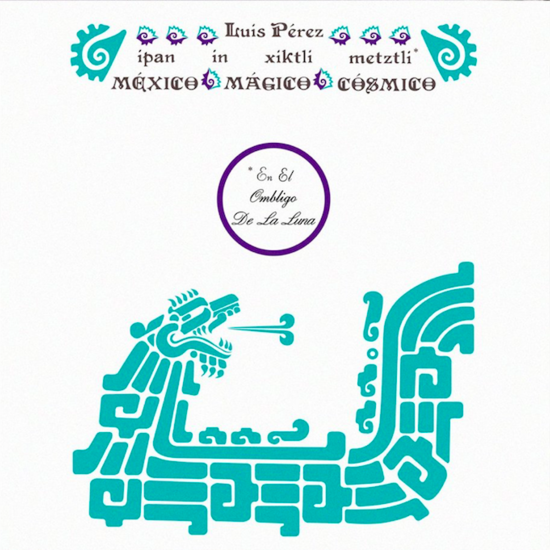 Luis Pérez was born in Mexico City on July 11, 1951. From 1971 onwards he dedicated much of his time to the research of pre-Columbian instrumentation. This research that allowed him to travel the Mexican territory and study musical traditions of the native peoples of Mexico. He learned directly from the living sources of the music and collected samples of musical instruments and the songs of different native speakers including Maya, Nahuatl, Mazateco, Yoemem, Comcaac, Raramuri, Wixarika and more. His personal collection of native Mexican instruments includes ethnographic instruments still in use by ethnic groups, along with archaeological artifacts some of which are more than 2,000 years old. He continuously utilises these instruments in performances, concerts, lectures, exhibitions and recordings, in a sense, keeping them alive.

Following a decade playing in Mexico City’s psychedelic rock scene, his early solo work was a mixture of sounds derived from his vast array of pre-Hispanic and ethnographic wind and percussions which he managed to blend with electronic devices including tape delay units, electric guitars and synthesisers. During this time, he was given the name ‘Ixoneztli’ (or “one who makes music”) by the legendary ‘curandera’ Pachita and her son Enrique, to whom, like Alejandro Jodorowsky before him, Luis served as assistant.

In 1981, the Mexican government became very interested Pérez work and sponsored the production of what became the first recording of the fusion of native mexican instruments with electronics – entitled ‘Ipan In Xiktli Metztli,’ in the Nahuatl language, or ‘En el Ombligo de la Luna’ in Spanish… ‘In the Navel of the Moon.’

The impact of this recording and subsequent performances among media, ethnomusicologists and audiences alike established Luis Perez ‘Ixoneztli’ as a precursor to a new musical genre followed by a generation of young Mexican musicians – Ethno-Rock, Ethno-Jazz, Ethno- Experimental and the like.

‘El Ombligo de la Luna’ reaches us from deep in the past but it also exists entirely outside of time, as Luis Pérez ‘Ixoneztli’’s offering to the world – the soul of Mexico channeled through the hands of a master musician.