Box Of Souls A Nightmare On Elm Street Collection 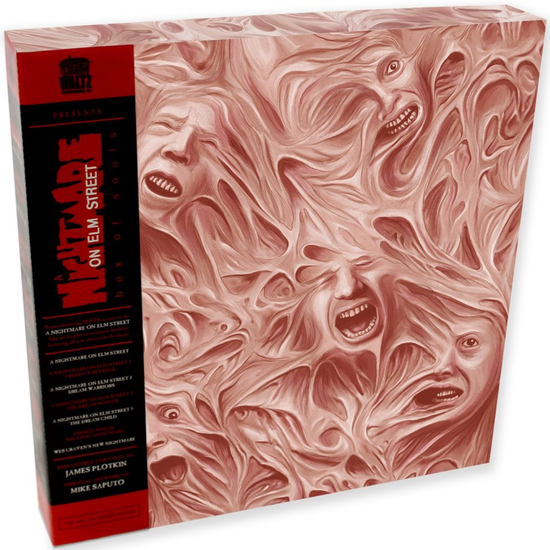 Box of Souls - A Nightmare on Elm Street Collection 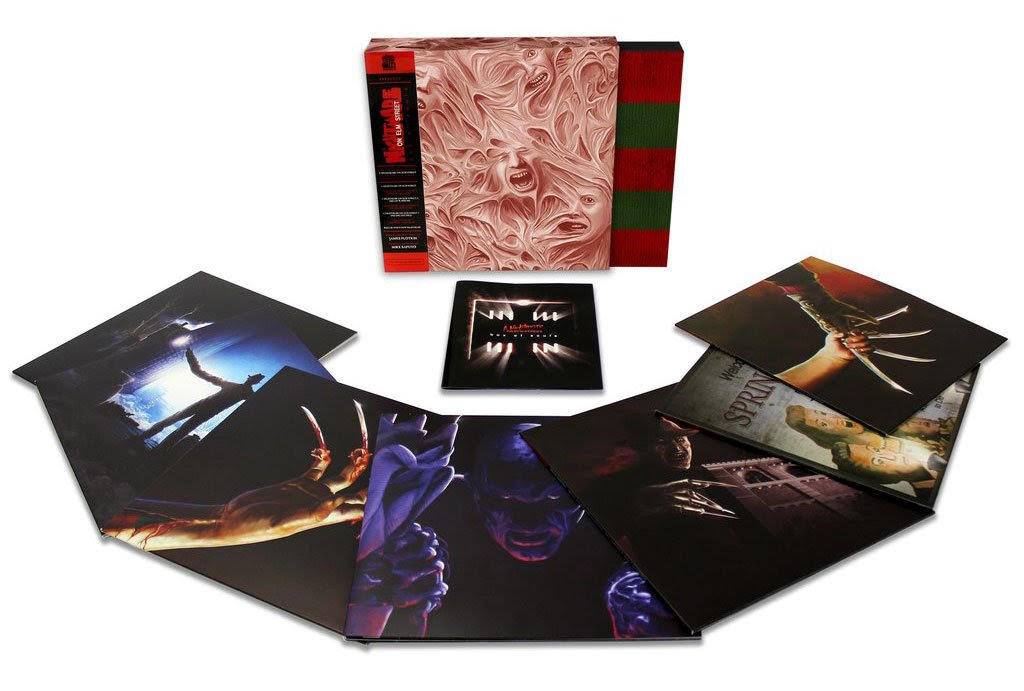 A NIGHTMARE ON ELM STREET is one of the most successful and beloved horror franchises in history and we are thrilled and honored to be releasing the entire series as a vinyl box set featuring 8 LPs from the original series, all remastered for vinyl by James Plotkin with incredible original artwork from Mike Saputo and a 12-page booklet featuring extensive liner notes and interviews with key composers and cast members.

The music of Elm Street is a huge part of the series, each film having its own unique sound and feel. Charles Bernstein created the original score, and Freddy’s main theme that was used throughout the series. His score to the first film is nothing short of a landmark horror score and utterly defines American horror in the ‘80s – super downbeat, eerie and metallic. Christopher Young (HELLRAISER) supplied the score to FREDDY’S REVENGE, and takes the themes down a more orchestral route, layering sounds upon sounds to create a truly scary listen. Angelo Badalamenti (TWIN PEAKS) composed the score DREAM WARRIORS. Here he crafts moody textures and a woodwind section to create a dreamlike score that fits the theme of PART 3 perfectly. Craig Safan was bought on to compose THE DREAM MASTER, and with the help of a synth-clavier synthesizer he created one of the craziest horror scores of the ‘80s. Yeah, sure, it’s scary and creepy, but it’s also a ton of fun and totally unique. For THE DREAM CHILD, Jay Ferguson delivers a synth-heavy score with nods to fairground music and layers of church organs and weird choral samples. For THE FINAL NIGHTMARE, Australian composer Brian May mixes electronic and orchestrations to stunning effect and for the final film in the series. In NEW NIGHTMARE J. Peter Robinson gives us a super lush orchestrated nightmare that harkens back to Bernstein’s original.